Concurrent with the investment, Palomar acquired an admitted insurance company from a national insurer licensed to underwrite business in seven states and has changed the name to Palomar Specialty Insurance Co.

Cottage was formed in 2013 and is funded by Genstar in order to acquire and hold the stock of Northwestern, according to the records. 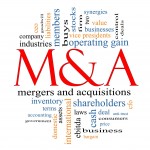 In February, Reuters reported that Fitch Ratings withdrew Northwestern’s ‘AA’ Insurer Financial Strength due to reorganization because it was no longer affiliated Chubb due to a private sale.

Genstar said it has partnered with David M. Armstrong to establish Palomar Insurance, which was funded with $75 million of equity capital from Genstar and the management team.

Palomar has received a Financial Strength Rating of A- (Excellent) and an Issuer Credit Rating of “a-” from A.M. Best Company. A.M. Best assigned a stable outlook to both ratings.