“Gov. Brewer made the right decision today and Arizona’s auto insurance customers will benefit from her wisdom. HB 2262 was bad news for all Arizona drivers because it created a new government mandate and forced all drivers to unfairly subsidize insurance costs for ridesharing drivers and companies,” said Kelly Campbell, vice president of the Property Casualty Insurers Association of America. “HB 2262 was not about innovation, it was about government intervention into private contracts and forcing all Arizona drivers to subsidize the insurance costs of ridesharing companies. Insurance regulators in both California and Colorado were concerned measures like HB 2262 could raise auto insurance costs.” 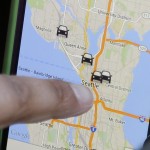 HB 2262 limited an insurer’s ability to exclude commercial activity in its contract by stating an exclusion for commercial, fee or livery activities is only applicable during a transportation network trip but not while the driver is looking for passengers.

The bill was passed by Arizona legislators earlier this week, and it went in the opposite direction other states have taken to ensure this gap in insurance coverage between when a personal policy and commercial policy is in place is covered.

A California legislator on Thursday introduced a bill that would clarify that ridesharing companies’ commercial insurance is the primary coverage and require the company’s liability insurance to defend their drivers when drivers have a claim or accident.