Insurance industry professionals and attorneys are closely following the most recent concussion-based litigations as they proceed through state and federal courts.

Just last week in the well-publicized In re National Football League players’ concussion injury litigation, a federal judge preliminarily approved a revised $675 million settlement. In the aftermath of such class actions —which have and likely will continue to result in settlements or awards at least in the hundreds of millions of dollars — the focus shifts to the policies of insurers and reinsurers and whether those policies provide coverage for the underlying claims.

How courts ultimately decide these coverage issues will have a reverberating effect not only on professional football, but also on all other professional, collegiate and amateur athletics. These decisions, moreover, could change how liability policies are drafted and underwritten for these types of risks.

A declaratory judgment action that is nearing the crucial juncture of summary judgment is Riddell, Inc. v. ACE American Insurance Co.. Later this month, a California court will hold a hearing to determine whether certain defendant-insurers have a duty to defend and indemnify Riddell Inc. and its related entities against claims Riddell is facing in the NFL Concussion Litigation as the manufacturer of the official helmet of the NFL. 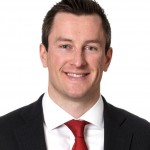 The imminent ruling in the Riddell action should also provide guidance for the pending declaratory judgment action against the NHL in TIG Insurance Co. v. National Hockey League. Certain claims in the two underlying class actions are similar to the claims in the NFL concussion litigation; thus the Riddell Action may illustrate how the court in the TIG Action will interpret the same coverage issues. Similarities notwithstanding, the TIG Action is distinct as, inter alia, the NHL concussion litigations plaintiffs have alleged repeated intentional misconduct on the part of the NHL defendants. Regardless, the outcome of the Riddell action should have a direct influence on the TIG Action, as well as any subsequent coverage litigation.

In the wake of the NFL concussion litigation, Riddell brought a declaratory judgment action against their primary and excess insurers to determine the scope of their respective duties. These insurers had issued primary and/or excess policies that provided commercial general liability and products liability coverage.

Four defendant-insurers (collectively, the “Certain Defendants”), subsequently moved for summary judgment, arguing that pursuant to the language of their respective policies and well-established California law, there was no duty to defend or indemnify Riddell for injuries that first occurred after expiration of the relevant policy periods..

Certain Defendants maintain that the policies collectively span consecutive policy periods from Dec. 31, 1964 through Nov. 5, 1975. They argue that these policies provide coverage only for bodily injuries caused by an occurrence or accident during the relevant policy periods.

Consequently, Certain Defendants request that the court rule that 77.98 percent of the underlying actions filed as of Dec. 16, 2013 are not covered because they allege bodily injuries occurring after the expiration of the policies. Certain Defendants, therefore, did not have a duty to defend or indemnify Riddell for those claims.

First, the motion must be denied as a matter of law because it is undisputed that many of the claims in the underlying litigations are potentially covered. It is well-settled under California law that an insurer is obligated to provide its insured with a complete defense, — the insurer must defend a lawsuit against its insured in its entirety if the lawsuit contains a single potentially covered claim. An insurer cannot limit its duty by defending only those claims that it deems are covered.

Second, the parties dispute whether the underlying plaintiffs seek to recover against Riddell only for injuries suffered while playing professional football in the NFL, or rather for progressive injuries incurred during both professional and amateur play.

Riddell contends that the motion must be denied because Certain Defendants are unable to prove that the underlying claims do not involve any injuries that occurred during the relevant policy periods.

Finally, according to Riddell, the Certain Defendants’ motion contravenes California law, which provides that summary adjudication must “completely dispose[] of a cause of action . . . or an issue of duty.”

A Reply to a Simple “Distraction”

Certain Defendants characterize Riddell’s opposition as a simple “distraction” that seeks to obviate the central question, and assert several arguments in support of their motion for summary judgment.

First, Riddell’s argument that the underlying plaintiffs may have suffered injuries at times outside of the specific dates cited in the short form complaints amounts to mere conjecture and is irrelevant to the duties of the Certain Defendants to defend and indemnify. Both the amended master complaint and the various short form complaints are clear that the underlying plaintiffs seek damages only for symptoms of injuries relating to concussive brain trauma sustained during their respective NFL careers.

Second, California law does not distinguish between “bodily injury” caused by an “accident,” or by an “occurrence,” in commercial general liability policies. It is well settled that coverage is triggered under either an “occurrence” or “accident-based” policy if an injury happens during the policy period.

Accordingly, Certain Defendants are not obligated to defend or indemnify any claim for which the underlying plaintiff alleges that his or her injury happened after the expiration of the policy period.

Third, Riddell’s argument that one insurer-defendant promised to provide a defense in its entirety does not create a triable issue of fact. Riddell’s account is factually inaccurate and, moreover, the defendant-insurer expressly and unambiguously denied coverage for the claims in which the underlying plaintiffs alleged to have suffered injury outside of the policy period.

Fourth, Certain Defendants maintain that no overlap exists between the coverage issues litigated in the declaratory judgment action and any factual issues in the NFL concussion litigation. Certain Defendants’ motion, therefore, should be granted because it does not impair Riddell’s defenses in the underlying action.

Finally, contrary to Riddell’s assertion, Certain Defendants are not attempting to parse the underlying claims. Each short form complaint is singular as concerns the claims alleged against each defendant, the duration of the individual plaintiff’s NFL career, and the damages sought. Whether coverage exists for each short form complaint is dependent upon the allegations therein.

Similar to the Riddell Action, TIG Insurance Company (“TIG”) seeks a declaration of its duty, as well as the duty of the defendant-insurers, to defend and indemnity the NHL and the NHL Board of Governors (“NHL BG”) in connection with the NHL concussion litigations. The NHL concussion litigations allege, inter alia, that the NHL and NHL BG concealed the long-term effects of concussions suffered by its players and failed to either warn or protect the players against traumatic concussive brain injuries. TIG and the defendant-insurers allegedly issued primary, umbrella and/or excess liability insurance policies to the NHL and/or the NHL BG.

The TIG Action is similar to the Riddell Action with respect to the following issues:

An unequivocal grant of summary judgment in the Riddell action would establish that insurers under California law can deny coverage and refuse to indemnify individual class action plaintiffs’ claims that are shown to have occurred outside the relevant policy periods, notwithstanding other valid claims for which the insurers must defend and/or indemnify.

Such a ruling, moreover, could potentially provide that traumatic concussive brain injuries do not “occur” for the purposes of commercial general liability coverage until the date of “bodily injury” — when an athlete first experiences symptoms of a traumatic brain injury,which may happen long after the initial concussive blow.

If, however, summary judgment is unequivocally denied, under California law insurers might not be allowed to parse out their defense and indemnification obligations prior to judgment or settlement of the underlying actions.

Ambiguity also will persist because litigants will lack guidance as to when traumatic concussive brain injuries occur for the purposes of commercial general liability coverage.

These two issues are of great importance as they pertain not just to the NHL concussion litigations and the TIG action, but to all declaratory judgment actions involving traumatic concussive brain injuries. Declaratory judgment actions like the Riddell action and the TIG action have the potential to impact how leagues, institutions and associations safeguard against debilitating concussive brain trauma suffered during sanctioned athletic events as well as how liability policies are drafted and underwritten for these types of risks.

Secara is an associate at Edwards Wildman Palmer LLP and is a member of the firm’s complex commercial litigation practice group for the international insurance and reinsurance department.Phone: 212-308-4411. Email: nsecara@edwardswildman.com.