Idaho’s highest court has ruled that the 16 men who say they were sexually abused as youngsters by scout leaders in Idaho filed their lawsuit on time against the Boy Scouts of America and the Church of Jesus Christ of Latter-day Saints.

The lawsuit – originally filed in 2013 – is still pending in federal district court. All but one of the plaintiffs identified as John Does allege they were sexually abused while attending scouting functions during the 1970s and 1980s.

The men are suing for constructive fraud, meaning a type of fraud that doesn’t require proving malicious intent but does involve a breach of the relation of trust and confidence.

In their suit, the plaintiffs argue that scout and church officials knew scout volunteers were dangerous, but chose not to disclose that information. Instead, each scout leader was described as a “great guy” and a “friend to whom you can always turn for advice,” according to court documents. 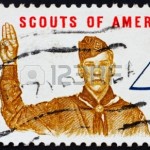 After attorneys for the church and Boy Scouts challenged the statute of limitations on the fraud claim, U.S. District Court Judge B. Lynn Winmill requested Idaho’s Supreme Court justices to determine if the plaintiffs filed the lawsuit within the appropriate timeframe under Idaho law.

“We note again that is left for the trial courts to determine whether a plaintiff’s cause of action is, in substance, a true constructive fraud claim, or a breach of fiduciary duty claim or something else, wrote Justice Roger Burdick, in a unanimous ruling.

Plaintiff attorney Gilion Dumas says the lawsuit would have been over if Idaho’s highest court had ruled differently last week.

“This is a big victory for child abuse victims, in this case and others,” Dumas said.

In a statement provided via email to The Associated Press, the Boy Scouts said it was thankful for the Idaho court’s decision to consider the issue.

“The Boy Scouts of America extends our deepest sympathies to victims of any kind of abuse. In the more than three decades since these incidents took place we have continued to develop and enhance our efforts to protect youth,” the statement read.

The Mormon Church did not immediately respond to requests for comment.