A financial investigation is underway into Barrett Business Services Inc. (BBSI), a giant professional employer organization that deals with many workers’ compensation carriers.

The independent investigation focuses on whether the Vancouver, Wash.-based company and its officers violated securities laws by issuing misleading information to investors.

The concern is over an $80 million charge in the third quarter of 2014 that BBSI took so the company could comply with a change made last year by California’s sweeping workers’ comp reform law, Senate Bill 863.

According to Heather Gould, BBSI’s executive director of strategic alignment, the ongoing investigation is specific to one quarter only, and the company has not been contacted by any government regulators.

“The scope of this investigation is specific to Q2 of 2014 and all other financials for 2014 hold,” Gould said. 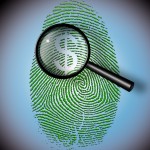 She said there are no workers’ comp claims in danger of going unpaid. Before 2014, BBSI self-insured for workers’ comp, and following the passage of SB 863 the company was forced to migrate its California policies to the ACE Group.

“In California 2014 and prior claims are in run-off mode and that has been completely funded by the state,” Gould said.

She said the company has been in “constant contact” with the Office of Self Insurance Plans to keep lines of communication open.

Investigators want to know whether BBSI violated sections 10(b) and 20(a) of the Securities Exchange Act of 1934, and the investigation will focus on the company’s Nov. 9 announcement that it had received a letter from its independent registered public accounting firm.

The firm, Moss Adams LLP, issued a notification last week that it completed interim review of Barrett’s unaudited interim consolidated financial statements as of June 30, 2014 and for the periods then ended, which can no longer be relied upon, according to the law firm.

BBSI responded to the letter from the auditor on Monday. In the letter Thomas J. Carley, chairman of BBSI’s audit committee, issued a statement clarifying the investigation.

“The Moss Adams letter relates to the quarter ended June 30, 2014, which was the quarter immediately preceding the company’s decision to record an $80 million charge to strengthen its workers’ compensation reserves in the 2014 third quarter,” Carley’s statement reads. “At the July 28, 2014 audit committee meeting, the audit committee concluded that sufficiently reliable actuarial data was not available to support a higher reserve for the quarter ended June 30, 2014.”

In his statement Carley said the company is taking the allegations seriously.

“The audit committee believes the concerns raised by Moss Adams involve complex technical issues under generally accepted auditing standards and Section 10A of the Securities Exchange Act of 1934 and have no bearing on BBSI’s 2014 annual financial statements,” he added.

BBSI in the statement said the company intends to file its quarterly report on Form 10-Q for the quarter ended Sept. 30 with the Securities and Exchange Commission “as soon as practicable after the audit committee’s independent investigation has been completed, and after Moss Adams has had an opportunity to review and assess the findings of the investigation and to finalize its review of BBSI’s unaudited interim consolidated financial statements for the 2015 third quarter.”

According to BBSI, Moss Adams continues to be the company’s independent registered public accounting firm.

As a PEO, BBSI provides services for employers to outsource management tasks like benefits, payroll and workers’ comp and risk/safety management.

In early 2014 the company reached a workers’ comp insurance arrangement with ACE to provide coverage to BBSI employees in California.

The fronted program agreement provides BBSI with the use of a licensed, admitted insurance carrier in California to issue policies on behalf of BBSI without the intention of transferring any of the workers’ comp risk for the first $5 million per claim, according to a company statement announcing the deal.

The arrangement with ACE addresses the requirements of SB 863, under which the company could not continue its self-insurance program in California beyond Jan 1.

Gould said the BBSI received the letter from the auditor on Nov. 4 and by the following Saturday the company retained Stoll Berne out of Portland, Ore. to conduct the independent investigation.

“The audit committee handed over all of the files for 2014,” Gould said. “These are the same files that were filed with the Securities Exchange Commission.”

“At this point the investigation is in the hands of the independent firm, and the auditing committee is taking it extremely seriously,” she said.

Shares of BBSI were down 27 percent to $38.47 at the closing of the stock exchange. Since the announcement of the investigation on Monday shares have fallen dramatically from $52.70 at the start of trading on Monday.