More than 200 current and former residents who claim decades of oil and gas operations led to contamination that spurred a rash of illnesses in their southeastern New Mexico neighborhood will be able to pursue their case thanks to a ruling by the New Mexico Supreme Court.

The justices revived the case involving the Westgate neighborhood in Hobbs by finding that a lower court erred in preventing the residents from introducing scientific evidence and expert testimony in support of their claims.

“Historically, this court has placed great value on allowing a jury to hear evidence and decide a case on the merits,” they stated in the ruling.

The case was ordered back to district court for further proceedings.

Martin Buchanan, a California attorney who helped the plaintiffs with their appeal, said he was pleased with the decision.

“It’s for the jury to decide whether our expert testimony is credible or not and we believe we have strong arguments that lupus and other autoimmune diseases were caused by this contamination,” he told The Associated Press in phone interview. “We’re confident the jury is going to agree with us in the end.” 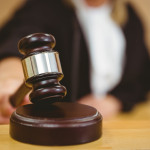 An attorney listed for Shell Oil Co. and Shell Western Exploration and Production Inc. did not answer phone and email messages. Shell Oil also did not immediately return a message seeking comment.

According to court documents, the Westgate subdivision was built in the late 1970s on and near an unlined storage pit where Shell had placed oilfield wastes for about two decades. The pit was eventually covered with dirt in the 1960s.

Documents say no environmental risk assessment was done while the pit was in operation or after it was covered.

Shell also had storage tanks just west of the unlined pit. They were used until 1993, when they were decommissioned.

The Supreme Court ruling said Shell never reported releases or leaks of toxic chemicals to the New Mexico Oil Conservation Division and did not notify the Westgate subdivision builder that the storage pit existed.

Contamination that stretched about 65 feet below the surface and into the aquifer was discovered when the storage tanks were being dismantled in 1997.

Later that year, builders discovered a hard layer of hydrocarbon contamination one to two feet below the surface that ranged from several inches to several feet thick.

Below that was oily soil saturated with toxic hydrocarbons.

Residents filed their tort claim in 1999, alleging negligence on the part of Shell. Jurors sided with the company in 2007 and the Court of Appeals later decided not to grant a new trial.

The plaintiffs appealed to the Supreme Court, asking that they be allowed to submit as evidence the expert testimony of a doctor who reviewed the medical records of residents, took blood samples and analyzed dust from inside the homes for toxicity.

All of the data was compared with information gathered from other areas of Hobbs and the doctor concluded the illnesses were caused by or aggravated by contamination in the subdivision.

The research documented 13 cases of lupus on two blocks within the neighborhood. It also determined that diagnoses of lupus and rheumatic disease, another autoimmune disorder, were 10 times those in other parts of the community.

As the first trial was under way, court documents showed parts of the area remained contaminated despite years of attempted remediation that included the removal of hundreds of truckloads of contaminated earth.