A trio of significant earthquakes that struck a remote part of western Nevada along the Sierra Mountains’ eastern front Wednesday were big enough to cause as much as $1 billion in damage if they had been centered beneath a big city, a leading expert said.

The first of two magnitude-5.7 quakes that began shortly after midnight and a third that registered 5.5 resulted in no injuries or reports of significant damage. The epicenter was east of the Nevada-California line near rural Hawthorne about 100 miles southeast of Lake Tahoe and 90 miles south of Reno.

“Thankfully, it’s not underneath a big city because a sequence of 5.7s could certainly do a lot of damage,” said Graham Kent, director of the University of Nevada’s Seismological Laboratory.

“If you put this underneath Reno, we are probably looking at a $1 billion event, probably with some fatalities and many casualties,” he told The Associated Press. “It’s much better to be beneath a ranch 20 miles outside of Hawthorne.”

In addition to Reno and Carson City, Wednesday’s biggest temblor was felt in Las Vegas and more than 200 miles away in San Francisco, according to the university’s Seismological Lab in Reno.

The biggest quakes were followed by a series of smaller aftershocks, including two in the magnitude-4 range and at least a dozen larger than magnitude 3. 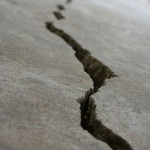 The Mineral County sheriff’s office in Hawthorne said staffers felt the quakes, but they had no reports of injury or damage. The quakes apparently triggered burglar alarms at two businesses, and they caused a rock slide but didn’t affect travel on a nearby highway, the office said.

Kent said it should serve as a reminder that Nevadans live in the third-most seismically active state in the nation behind California and Alaska.

“It’s another wake-up call,” said Kent, who said they have been studying the seismically active region around Hawthorne since a swarm of thousands of smaller earthquakes were recorded there over a two-month period in 2011.

Earthquake magnitudes are calculated according to ground motion recorded on seismographs. An increase in one full number, from 6.5 to 7.5, for example, means the quake’s magnitude is 10 times as great.

A quake with a magnitude of 6 can cause severe damage. The magnitude 6.7 quake that struck Los Angeles in January 1994 caused an estimated $40 billion in damage and killed 72 people.

Glenn Pomeroy, CEO of the California Earthquake Authority, said Wednesday that they don’t expect the most recent Nevada temblors to generate claims from any holders of earthquake insurance policies.

“We were very fortunate that this recent shaking was not more severe and that it was centered in sparsely populated areas,” Pomeroy said. “But as with the earthquake that occurred along the Northern California coast earlier this month, and the Southern California earthquake swarm this fall, these events remind us that we live in earthquake country and that we all should take steps to be prepared.”