State Farm requested a rate increase of 6.9 percent. Based on the evidence presented during a rate filing public hearing, Jones determined that the rates being charged by State Farm were excessive. 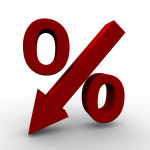 “We understand these are complicated legal issues that will take time. We are working to resolve the matter and we appreciate our customers’ patience. We will continue to comply with the orders of the Court.”

Jones in a statement said that State Farm’s efforts to avoid complying with his rate reduction order must stop.

“It is time for State Farm to do the right thing by policyholders and comply with the order to reduce rates,” Jones said.