Federal water managers declared a first-stage flood emergency for the first time at a popular state park and released water from a dam as warming temperatures sent water from rapid snowmelt into homes and onto roads in northern Utah on Friday.

The release from Hyrum Dam down the Little Bear River toward the town of Wellsville will raise the stream level, but it isn’t expected to cause flooding, property damage or danger to people.

The agency’s “level one” emergency is the lowest on a three-step scale, a precaution that opens communication lines with county and local agencies amid predictions of more precipitation in Cache County, he said.

“We rely on snowmelt to fill our reservoirs,” Pullan said. “But it’s always an issue of timing.” 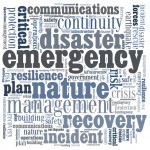 Inspectors have been monitoring soil movement near the spillway, which is separate from the dam. Crews have also had to contend with a mudslide on a dirt equipment access road, and officials have been checking a nearby paved county road for damage.

Hyrum Dam is an earth and rock structure about 600 feet across at the base and 116 feet high. It was built to create a reservoir for irrigation and holds back more than 18,500 acre-feet of water, or enough to supply about 40,000 homes for a year. The bureau regularly releases water from the dam as it reaches capacity.

The emergency declaration there comes days after snowmelt in northern Nevada breached another rural earthen dam outside of Elko, closing roads and rerouting trains.

Meanwhile, a canal breach at the Bear Lake shoreline community of Garden City in Utah sent floodwaters into several homes and onto a road as the National Weather Service issued a flood warning for the area near the Idaho border on Friday.

Homeowners outside of nearby Logan also woke up to flooded basements, and motorists found water pooled on nearby roads, The Herald Journal reported.