The Los Angeles Times reported that 260 people were killed in traffic crashes on city streets in 2016. That’s an increase of nearlh 43 percent over the previous year. And so far in 2017, crash fatalities are 22 percent higher than in the same period last year.

The newspaper says the rising numbers underscore the challenges facing Mayor Eric Garcetti’s Vision Zero policy, which went into effect last year. Its goal was a 20 percent drop in traffic deaths by the end of 2017. 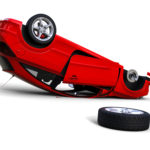 Seleta Reynolds of the city’s transportation department says the number of fatalities could be connected to booming car sales and an increase in distractions that drivers have in their vehicles.