Roughly one-in-three prescription drugs currently dispensed to injured workers in California will be no longer require authorization prior to dispensing under the state’s proposed workers’ compensation prescription drug formulary, according to a new study.

The new formulary creates more efficiency and puts California on par with only a few states that are starting to recognize the value they bring to the workers’ comp system, according to Alex Swedlow, president of the California Workers’ Compensation Institute, which conducted the study.

“Formularies are just now beginning to gain traction in other jurisdictions,” said Swedlow, who has been talking about the benefits of establishing a drug formulary in California for several years.

Swedlow called the formulary “an important first step to improve the quality of medical treatments and reduce the frictional costs of oversight.”

The California Division of Workers’ Compensation is ready to introduce regulations governing the new formulary, which was created in 2015 though the passage of Assembly Bill 1124. The bill was signed by the governor in October 2015. It passed in the state Senate without opposition and it saw limited opposition in the Assembly. 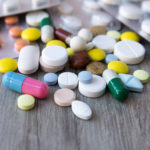 The new law is scheduled to take effect Jan. 1, 2018. The DWC issued modified proposed regulations in mid-July, which included moving the effective date and changing the “preferred/non-preferred” drug designations to “exempt/non-exempt” to align with how the designations affect the prospective utilization review status of the drug.

A 15-day public comment period on the formulary ends on Wednesday. The public can submit written comments on the proposed regulations to the DWC until 5 p.m. that day.

The purpose of the formulary is aimed at improving quality of care by assuring that the drugs provided to injured workers meet evidence-based medicine standards, as well as to reduce delays and frictional costs associated with disputes over requests for pharmaceuticals.

The regulations proposed by the state include a formulary drug list based on the American College of Occupational and Environmental Medicine’s pharmaceutical formulary.

The CWCI analysis, which is available to members and subscribers of the group in the research section of the institute’s website or for purchase through the CWCI store, examines the impact of the proposed formulary on current prescribing patterns and the workers’ comp medical dispute resolution process. CWCI researchers modeled 650,000 prescriptions and other proprietary databases against the terms of the proposed regulations.

One finding that stands out in the study is that 31 percent of the prescription drugs dispensed to California injured workers last year are on the proposed exempt drug list and could be dispensed without pre-authorization.

Drugs on the exempt list include anti-inflammatories and ulcer related drugs, which are considered low risk.

Swedlow said exceptions like this could help reduce pressure on the state’s independent medical review and utilization review processes.

Prior CWCI studies have shown that nearly 45 percent of URs and nearly half of IMRs were for pharmaceuticals.

The proposed formulary exempts 15 “special-fill” drugs, which allow a four-day supply following an injury if prescribed or dispensed at the first medical visit within seven days, and 14 perioperative drugs that can be dispensed four days prior to surgery and up to four days after surgery.

The authors of the study say the proposed formulary will help ensure that drugs provided to injured workers meet evidence-based medicine standards while reducing disputes over prescription drug requests.

An analysis of SB 1124 conducted as the bill worked its way through Legislature drew upon existing formularies in Texas and Washington as examples.

The Texas formulary was phased in beginning in 2011, and it had an immediate impact. In the first year, non-formulary drug payments fell by 82 percent, according to the analysis.

Washington implemented its formulary in 2004, and it also had a significant effect on the utilization and cost of workers’ comp prescription drugs, according to the analysis, which drew on a 2011 WCRI study that found average prescription payments per claim in Washington were significantly lower than the median cost in 17 other states.