The derailment of an Amtrak passenger train in Washington state last month that killed three people may have been prevented if a railway crash-avoidance technology mandated by Congress had been activated, according to the National Transportation Safety Board.

Positive Train Control technology would have alerted the Amtrak engineer to slow down before the curve where the train derailed, and would have automatically applied the brakes if the engineer failed to do so, the NTSB said in its preliminary report about the Dec. 18 crash near DuPont, Washington. The system on the line was installed but not operational, according to the report, which doesn’t establish probable cause.

The crash caused more than $40 million in estimated damage, the agency said. 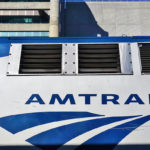 Amtrak 501’s final recorded speed was 78 miles per hour before it derailed on a highway overpass located in a 30-mile-per-hour zone on a curved portion of track. Signs alerting crews to the speed reductions were placed 2 miles before the curve and at the start of the curve, the NTSB’s report said.

The wreck was Amtrak’s third fatal accident in as many years and has prompted renewed calls for the swift implementation of Positive Train Control technology. Railroads nationwide are required to install the technology by the end of 2018 under a 2008 law passed by Congress to improve rail safety.

In addition to the three passengers who died, 62 passengers and crew were injured. Eight people driving on the highway below were also injured, according to the report.