However, the CWCI study shows that the impact on QME accessibility was partially offset by an increase in the median number of office locations per QME, which doubled over the same period.

The study also notes that after climbing steadily from 2007 through 2014, the average payment per med-legal service leveled off in 2015 and 2016, with data from the first half of 2017 suggesting the average may now be declining.

The study compares data from the list of physicians certified by the state as QMEs in 2012 to the certified QME list from September 2017, identifying the number of providers, their specialties, their addresses and their number of office locations. 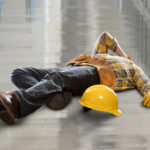 Findings from the study include:

Despite the increases in the average amounts paid for time-based services, average payments for med-legal services overall leveled off in 2015 and 2016 and declined in 2017. The study links the recent change in the med-legal payment trend to a shift in the mix of services, as the results show that since 2015, less expensive basic reports and supplemental reports have represented a larger share of all med-legal services, while more detailed and costly comprehensive evaluations have accounted for a dwindling share.

The study, including additional background, graphics and analyses, is available in the CWCI research section.