The world’s largest maker of premium cars and biggest automotive supplier gave few details about their robo-taxi program, described as a passenger shuttle service, and did not reveal which city would host it. Negotiations with the municipality within the sprawling technology hub of Silicon Valley were still underway, they said on a conference call with journalists.

Global automakers, suppliers and tech companies like Alphabet’s Waymo and Uber are pouring resources into the development of autonomous driving systems and launching networks of test fleets around the globe aimed at pushing the technology forward.

The extremely complex challenges of self-driving, and the expense of research and development, has led to a host of partnerships between automakers, suppliers and others.

Bosch and Daimler, with its passenger car brand Mercedes-Benz, first joined forces in a self-driving alliance in April 2017, with teams from both companies working together in Stuttgart and Silicon Valley. 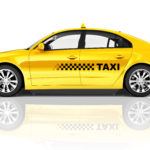 Executives from the companies would not comment on the potential size of the pilot program, nor how many vehicles would be used, nor customers served. Although California would be the first pilot site, others could follow, they said.

The vehicles will include a safety driver and a steering wheel, they said.

Using an app-based mobility service operated by Daimler, customers will be offered free rides on selected routes within the city during the pilot, Daimler said.

The service will be built atop the artificial intelligence platform Nvidia DRIVE Pegasus, supplied by chipmaker Nvidia , the companies said.

Bosch is currently developing its own electronic control unit, the main computer ‘brain’ that controls functions within a self-driving car, that will use Nvidia’s hardware chips and base software technology. Until then, it will rely on existing technology from Nvidia, like its Pegasus platform, said Michael Fausten, Bosch’s head of urban autonomous driving.

Under the deal, Daimler will supply the vehicles and test facilities, while Bosch will provide the many sensors, actuators and control units used in the development process.

Daimler’s head of autonomous driving, Uwe Keller, said Mercedes S- and B-class vehicles would be used in development but the vehicle to be used during the pilot had not yet been chosen.

Daimler and Bosch said the pilot will help provide information about how self-driving vehicles can be integrated into a complex transport network offering multiple choices.

Considered by many to be out ahead in the race to autonomy, Waymo is due to launch its fully driverless, autonomous car hailing service in the Phoenix, Arizona, area soon following a public trial. (Reporting by Alexandria Sage Editing by Tom Brown)

Expecting the Unexpected: Cyber Lessons from COVID and What Could Be Ahead