A study from the California Workers’ Compensation Institute shows the likelihood that indemnity was paid on a workers’ comp claim increased with the number of concurrent prescriptions the injured worker was on.

Concurrent use of multiple medications to treat one or multiple medical conditions has become prevalent, with up to 10 percent of the U.S. population and up to 30 percent of older adults taking five or more drugs simultaneously, according to the CWCI study.

The study uses 2016 to 2017 prescription data to measure the prevalence of what’s known as polypharmacy in California workers’ comp and to identify the types of drugs included in polypharmacy prescribing. 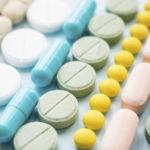 Claims with five or more concurrent medications during the two-year study period were defined as polypharmacy claims.

The full report can be downloaded at the CWCI website.

Some Churches, Officials Struggle to Balance Right to Worship with Coronavirus Risk