The Arizona Cardinals’ home field is changing its name to State Farm Stadium.

The team announced this week that it has reached an 18-year naming rights deal with the insurance giant. The facility has been known as University of Phoenix Stadium since it opened in 2006.

Team President Michael Bidwill said most of the branding changes at the stadium will be completed in time for Sunday’s season opener against the Washington Redskins. 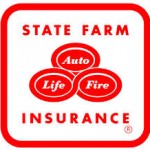 In addition to Cardinals home games and the Fiesta Bowl, the stadium has been host to two Super Bowls and a men’s college basketball Final Four. The Super Bowl is to return in 2023 and the Final Four in 2024.

The Cardinals said University of Phoenix will remain connected to the team as its official education partner.