The parents of a teenager who was killed in a 2012 avalanche at a Vail Resort property are appealing a judge and jury’s decision in their son’s death case.

Dr. Louise Ingalls and Dr. Steve Conlin, the parents of Taft Conlin, sued when the 13-year-old was swept away in an avalanche while skiing on an exert ski run in January 2012.

The parents say judges in Broomfield and Eagle counties erred in several rulings. 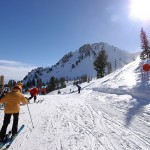 Court documents filed with the Colorado Court of Appeals say the parents plan to appeal those rulings and the jury’s verdict, which was based on those judges’ ruling.

Their appeal is based on five issues they found: moving the trial from Broomfield to Eagle County, pretrial orders by District Court Judge Fred Gannett, rulings during trial before the jury, erroneous jury instruction and an erroneous verdict form that resulted in a defense verdict.