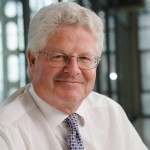 Lloyd’s of London Chairman John Nelson knew when he acceded to his post one year ago that his predecessor, Lord Peter Levene, would be a hard act to follow. Levene served for nine years and oversaw significant changes at Lloyd’s — notably the introduction of a franchise system with tighter controls over the risks the syndicates write, and a long needed embrace of technology to handle data transfer, policy issuance and claims.

In the mold of his namesake — Admiral Horatio Lord Nelson, whose memorabilia and other objects are on display in Lloyd’s underwriting room — the new chairman isn’t only focused on preserving past accomplishments. He’s put forth an ambitious plan —Vision 2025 — to take Lloyd’s and the London market into the future.

In an interview at the recent Reinsurance Rendezvous in Monte Carlo, Nelson told Insurance Journal about some of those plans, and how it feels to be leading Lloyd’s.

“The corporation of Lloyd’s does three things,” Nelson said. “It regulates the market through the underwriting process. Secondly it enables the market, which is fundamental to any market, to process premiums, policies and claims. And the third thing we do is to help promote the market.”

We need to get renewed momentum toward modernization, and indeed further cost reductions.

Like Levene, Nelson’s experience isn’t in the insurance sector. He worked for many years in the financial sector, becoming chairman of Credit Suisse First Boston Europe in 1999. When he retired in 2002, he held a number of board and advisory positions, including deputy chairman of Kingfisher plc from 2002 to 2011. As a former businessman, he said he sometimes has to remind himself that he’s not actually running a business. “I’m chairman of a market. It’s the participants who actually run the business, not me or Richard [Ward, Lloyd’s CEO].”

Good underwriting performance is Lloyd’s most critical goal. Without that goal there wouldn’t be a market, Nelson said, as the industry discovered in the ’80s and ’90s when Lloyd’s nearly collapsed. The new franchise system has worked well, Nelson said.

“But, if you look back over the period before I became chairman, it was a fairly benign number of years, in terms of the cycle,” he said. “Consequently it made it difficult to tell how well our performance managing was really operating.”

The catastrophic events of 2011 were the first real test, and Nelson said Lloyd’s came out of it very well, in part, due to the discipline that the market had been subjected to in the years preceding 2011. Nelson said he has been focusing on that discipline ever since he arrived — making sure that the right systems are in place. Lloyd’s has also adjusted some of those systems, and has called upon outside experts to assist Tom Bolt, Lloyd’s performance director.

Despite 2011’s catastrophic events, Lloyd’s capital stands relatively unimpaired, and its “A” ratings have held steady (the outlook on them has even been raised to positive). Even so, Nelson said now is not the time for complacency. “We’re in a high risk business, and Lloyd’s is at the top of the curve.”

While Lloyd’s made great strides in technological progress during Levene’s tenure, Nelson said more could be done. “I think we need to get renewed momentum toward modernization, and indeed further cost reductions,” he said. Although costs have been reduced by 8 percent overall, he believes further reductions are necessary.

“I believe that businesses, which have good cost controls, tend to provide better performance, anyway — in terms of looking after customers, the attitude of the employees — they are more professional,” Nelson said.

Nelson said the cost of doing business in insurance is high compared to other industries he is familiar with. “I’d give them [insurers] credit for a lot of things, but I wouldn’t give them credit for cost control,” he said. For example, distribution costs are very high, but he also recognizes that “it’s something, which the brokers I know, are addressing.”

In Nelson’s view, Lloyd’s is a bit behind when it comes to processing as well. However, he acknowledged that great progress has been made in claims handling, including reducing the time it takes to make payments to insureds. “In most cases, [the time has] been cut by 40 percent, which is pretty extraordinary,” he said. The improvement is important from a cash flow viewpoint and for Lloyd’s reputation, Nelson said.

He also said Lloyd’s has been exploring how to better use technology in premium and policy processing and will continue to seek greater efficiencies in that area.

The major project Nelson has put on the table remains “Vision 2025,” which is essentially a blue print for expanding Lloyd’s business reach between now and 2025, and an instrumental component in his decision to accept the job of Lloyd’s chairman.

The market for specialist general insurance is big, Nelson said, but up until now, that market has largely been in the developed world. Lloyd’s has long been a leader in that sector. Some 80 percent of its business is outside of the United Kingdom, with around 40 percent of that in the United States, 16 percent in Europe, and the rest elsewhere.

“If you look at the demand for specialist general insurance worldwide in the next 15 to 20 years, as other parts of the world industrialize, it’s creating a vast ‘gob’ of new business opportunities for general insurers and people like Lloyd’s. We have to address that.”

Under Lord Levene, Lloyd’s did expand — into China, Japan, Southeast Asia, with a major hub in Singapore, and South America, where Mexico is Lloyd’s biggest market. But Nelson pointed out that 80 percent of Lloyd’s capital comes from the United States, Bermuda and the United Kingdom, while the brokers and underwriters come from a restricted nationality gene pool.

“Now, if we are to be the global hub for specialist insurance and reinsurance, we’ve got to diversify the capital and the nationality,” Nelson said. “That means that we have to attract high-quality carrier capital from those territories with people, [along] with business franchises into Lloyd’s directly.”

Nelson likened some aspects of this necessity to the experience of the banking industry, which he knows well.

“In the 1980s, it transformed itself … it went from being a British banking industry to a truly global banking industry, with people and capital coming, the best people, from all around the world, which created the hub for capital intermediation worldwide,” he said. Although general insurance is a much smaller market, Nelson sees an opportunity for expansion.

In the highly important U.S. market, his goal is to maintain an already strong presence, and to ensure that Lloyd’s reputation remains highly regarded. He described Lloyd’s relationships with U.S. insurers and brokers as “very strong and trusted,” adding that opportunities still exist for further growth in the United States. He also noted the dedication of Lloyd’s U.S. president, Hank Watkins, and the enthusiastic response he sees from coverholders when he visits the United States.

The United States may be here and now, but Nelson is aware that the opportunities in developing markets are long-term. “If we don’t take advantage of them, we will gradually become less powerful in the market,” he said. The competition will be fierce, but “we have to address it, along with keeping up our interests in existing markets in the U.S. and Europe, especially France [where premiums have grown by 8 to 9 percent] and Germany.”

Competing against Europe’s big insurers, Allianz, AXA, Generali, etc., will be difficult he acknowledged; therefore Lloyd’s strategy is to inform potential clients of its special structure and its ability to assess and take on large, complicated and unusual risks, making full use of the specialized knowledge of its brokers and underwriters.

The current economic crisis in Europe remains a concern, and low interest rates have continued to sap insurers’ returns, which have two effects. It has caused an inflow of capital into the insurance industry, and it has focused the industry’s collective mind on making profits from underwriting, “because if they don’t, they don’t have the income from investments to make it up,” Nelson explained. As a result “it’s keeping the re/insurance market relatively stable.”

Nelson said: “The best thing that could happen to the insurance industry is to get a little, not too much, uptick in interest rates that would tighten up capital a bit.” But he doesn’t see this happening in the near future.

Business in Brazil is smaller, but it’s growing. But Nelson said Brazil’s recent law requiring that a certain amount of reinsurance must be placed with local carriers will slow that growth.

Emerging markets, such as Brazil, can be difficult to work in because of laws that hinder growth. “In every territory, there are sort of ‘niggles’ on regulations, national interests, all of that,” Nelson said. The worst is probably India, he added, but that may change.

“People are beginning to see that having open economies, particularly on things like risk transfer, actually helps those economies, and if you protect it, it has exactly the reverse of the impact that you want. I hope that view will begin to permeate around the world,” Nelson said.

The euro zone crisis is a good example. “The euro zone from a narrow Lloyd’s perspective, obviously any financial business, insurance included, is going to be affected by a breakdown in the euro zone,” he said. “But in direct terms, [we] only have roughly 15 or 16 percent of our market in the euro zone.” Plus most of that business won’t go away because insurance is compulsory in euro zone countries, he said.

Yet he added that “if you’re going to have a common currency like the euro, you’ve actually got to have a “United States of Europe, and you have to have integrated economies, fiscally, monetarily and every other way. We don’t have that, and I don’t think the euro crisis will be solved unless there is a political will to actually unite Europe.”

A few months ago Nelson thought this might happen. “But I think we’ve gone away from that now, and so I’m sort of moderately pessimistic.” He described it as a “great vision,” but also said it “needed to have economic unity,” which it didn’t have.

So far 2012 has been pretty calm as far as natural catastrophes are concerned; the biggest loss was the sinking of the Costa Concordia, which “in Lloyd’s terms is not enormous,” Nelson said.

However, he acknowledged “it’s too early to make any predictions as to how well Lloyd’s will do in 2012.

“While the first half of the year would be ‘claims light,’ you just don’t know about the second,” Nelson said.