Editor’s note: This is part two of a three-part series on the oil and gas industry. The first article covered the important changes that occurred in 2015 and the significance of the Porter Ranch, Calif., blowout that began in October 2015. Part three of this series will address the emerging risks arising from new technologies, new labor/employee risks, and simultaneous operations.

Following up on part one of this series, many believe the Porter Ranch natural gas blowout is the largest gas blowout in U.S. history. If this is validated, California will hold the records for both the largest gas and oil well blowouts in U.S. history. America’s largest oil blowout occurred in 1910 in Kerns County, Calif., and was much larger in terms of volume of oil released than the 2010 Gulf of Mexico blowout.

Changes in regulations and inspections regarding oil and gas wells are expected as a result of the Porter Ranch blowout. The well that blew out is part of a large natural gas storage facility with more than 100 other wells on location, 48 of which were drilled before 1953. A California state senator has issued three bills regarding Porter Ranch, one of which calls for older wells to be inspected and well integrity validated by a third party before any new gas is injected into these 60-plus year-old wells.

There have been other cases involving catastrophic losses in natural gas storage facilities in the U.S. The worst of these involved explosions, fire, evacuation, loss of life and significant property losses. Mont Belvieu, Texas, is the location of the largest underground natural gas storage facility in the world. A series of three casing failure events between 1980-1985 ultimately required the local gas company to evacuate residents and rebuild the town two miles away. Other notable gas storage losses due to casing failure are Hutchinson, Kan., in 2001 and Napoleonville, La., in 2003. 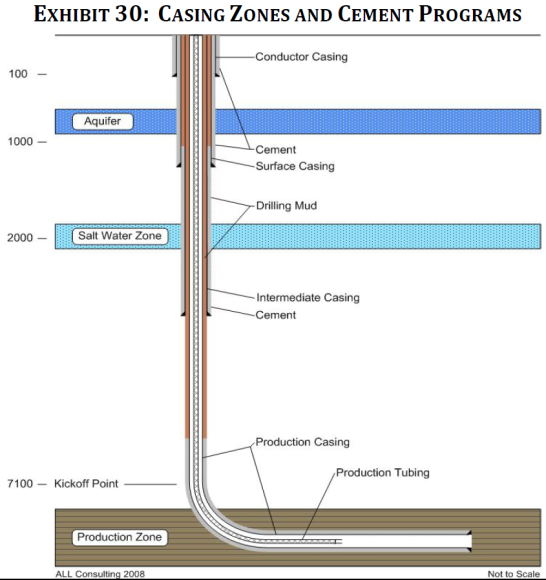 There are other notable blowouts involving mass evacuations.

In 2003, more than 60,000 people were forced to evacuate their town due to a well blowout that involved H2S gas. H2S is immediately lethal when inhaled in large concentrations and can be very harmful in lower concentrations. About 9,000 people had to be hospitalized and 243 died. This happened in central China near the city of Chongqing.

In 2006, a natural gas well being drilled reportedly had a well control event, resulting in a blowout consisting of mud and natural gas and became what is now called a mud volcano — nicknamed “Lusi.” Approximately 30,000 people were evacuated and permanently displaced, 12 villages were destroyed, and there were 20 deaths. Legal authorities concluded this was caused by an underground blowout during the drilling process. The well apparently was not cased according to Indonesian law. Appropriate well design and proper casing usage could have prevented this catastrophe. This blowout occurred in East Java, Indonesia, and continues today, 10 years later, highlighting the time duration that can exist in rare cases with a well control event. It is thought this blowout will stop on its own at some point in the near future, but no one knows for sure. Total economic losses are said to be around $4 billion.

Maximum possible loss calculations for the evacuation risk element is extremely difficult because of the numerous variables involved. The unknown time element of the duration of the blowout, wind direction, and plume dispersion can become determining factors. An extreme example of what can possibly happen with evacuation risk occurred in Edmonton, Alberta, in 1982. The city was under threat of a deadly H2S gas plume coming from a blowout near Lodgepole, Alberta, more than 100 miles away. At this time, the population of Edmonton was approximately 550,000. There were media discussions regarding evacuating the entire city but this never materialized. 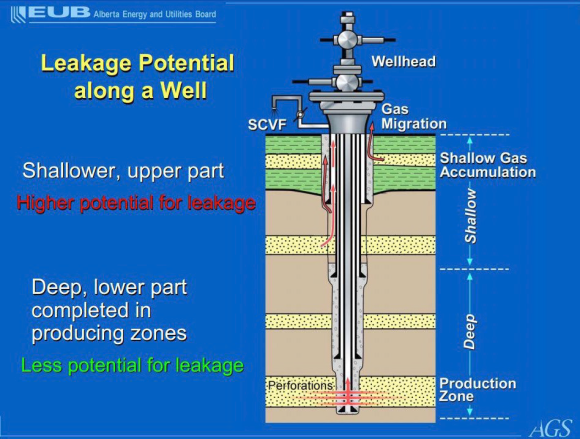 Airports are another example of locations where evacuation risks need to be a central part in the risk management strategy. Dallas/Fort Worth International Airport has more than 100 gas wells and supporting infrastructures; Denver International Airport has 72 wells on location; Oklahoma’s airports have 87 active wells; and Charleston, W.Va., and Pittsburg, Pa., airports also have wells on their locations.

Los Angeles county is perhaps the highest at risk in the United States due to its proximity of more than 5,000 active wells and thousands more abandoned wells. Many of these wells are more than 100 years old. About one-third of the population of Los Angeles county live within one mile of an oil or gas well, approximately the same proximity as the Porter Ranch residents were to the well that blew out next to their community.

The Porter Ranch blowout is a case study of emerging claims trends for the oil and gas industry, which should examine:

Criminal charges and significant risk to a company’s reputation are also factors.

As the Porter Ranch blowout event concludes over the next few years, the extent of the cost of this unfortunate event will be revealed. Some believe the total costs could be more than $1 billion.