Two U.S. lawmakers have called on a top financial regulatory panel to consider direct oversight of the cloud services big tech companies provide to banks, saying they have become a critical component of the global financial system.

“Cloud services have become an essential element of our modern banking system and should be overseen commensurately,” the pair, who both sit on the House Financial Services Committee, wrote in the letter seen by Reuters. “Cloud services are not currently subject to an appropriate and enforced regulatory regime.”

The letter follows a massive data breach at Capital One disclosed last month that has raised questions over the risks posed by banks’ reliance on third-party cloud providers. While FSOC is not obliged to act on the letter, it signals financial policymakers are also growing wary of big tech firms, which are already in the crosshairs over privacy and competition concerns.

Adoption of cloud computing has intensified in the financial services industry in recent years, with banks running everything from trading applications to capital calculations on platforms provided by third parties. In 2017, Bank of America Corp said it planned to move 80% of its technological workload to cloud and virtual platforms in the next several years.

Amazon Web Services, Microsoft Azure and Google Cloud account for 57% of the cloud market, the lawmakers said in the letter, citing analysis from Synergy Research Group.

The lawmakers said the outsized presence of these firms in the financial services sector made them similarly critical cogs as payment and settlement firms, meriting more scrutiny. 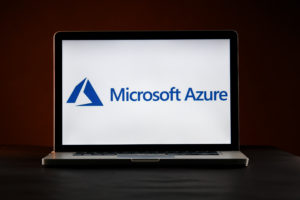 Speaking to Reuters in an interview, Porter said a disruption at any major cloud computing platform could compromise the stability of the market and that policymakers needed to pay attention.

“It’s a very fundamental, entrenched part of financial institutions, but the policymaking is not there,” she said.

What to Expect in 2021: Reinsurance Market Moving From ‘Timid’ to ‘Hard’