Kat Merryfield was ready to share her farm-to-home oils, chocolates and creams with the rest of the country. But banks and credit card processors weren’t ready to work with her small business.

“We started out our website with PayPal, and it took about six months before they shut us down,” Merryfield said. “And then they seized our money.”

Merryfield could use QuickBooks to run credit cards over the phone, but it wouldn’t hook up to her website, katsnaturals.com. She tried Clover, another payment processor. Two weeks later, Clover shut her down too.

All the while, Merryfield went from bank to bank, desperate for help. Online transactions made up most of her sales. But banks that welcomed Merryfield through the door lost interest once they learned of Kat’s Naturals’ main ingredient: hemp CBD.

Marijuana business owners in states that have legalized the drug have struggled for years to access banking services, thanks to conflicts between federal and state law.

Now people who grow and sell hemp — a nonpsychoactive form of cannabis — are facing a similar set of problems. Although Congress legalized hemp last year, state and federal regulators are still trying to figure out how to test hemp to make sure it’s not marijuana and how to respond to the craze for hemp CBD, which is booming as an ingredient in wellness products.

Banks and credit unions aren’t sure how to serve hemp businesses while regulations are up in the air. So, many are staying away, and thousands of people who have leapt into the rapidly expanding hemp industry this year now have trouble getting bank accounts and accepting debit and credit card payments from customers.

Industry attorneys and entrepreneurs such as Merryfield, who is white, tell horror stories of hemp business owners paying high transaction fees or being dropped by their banks and payment processors unexpectedly.

“You’ve got money rolling in one day, and the next day you don’t, even though you still have customer demand and the ability to sell your product,” said Tyler Russell, an attorney with Ward and Smith, P.A., in Raleigh, North Carolina. “But there’s nobody to clear your payments for you.”

Some in Congress are trying to help both cannabis industries with the Secure and Fair Enforcement Banking Act, or SAFE Act, which passed the House in late September with bipartisan support. The bill would assure banks and credit unions that they won’t be penalized by federal regulators for working with cannabis clients in states that allow marijuana or hemp production and sales.

The legislation, which the Senate has yet to consider, also would require federal banking regulators to issue guidance on how financial institutions should serve the hemp industry.

“My intent with the amendment is to create a very clear roadmap for a financial institution to kind of check off what they need to do in order to avoid any kind of legal scrutiny,” U.S. Rep. Andy Barr, a Kentucky Republican who wrote the hemp amendments, told Stateline.

Kentucky has emerged as a major hemp producer, with the state Agriculture Department approving close to 1,000 growers to plant some 60,000 acres of hemp this year. Barr said his constituents have complained about lack of access to banking services, particularly processing credit and debit card payments.

But some legal experts say the confusion won’t be cleared up until the U.S. Department of Agriculture, U.S. Food and Drug Administration and state agencies with hemp programs finalize their rules for hemp testing, labeling and sales.

“It’s not going to open all the doors to every bank and credit facility out there on Day 1 of becoming law,” Russell said of the SAFE Act.

The first is the thin line between hemp and marijuana. The two Cannabis Sativa plants can look the same, smell the same and generate the same chemical compounds.

Last year’s farm bill defines industrial hemp as cannabis with up to 0.3% concentration of tetrahydrocannabinol, or THC, the compound in pot that creates a high. Cannabis with a higher concentration becomes, under federal law, marijuana — and therefore a dangerous drug.

That’s a big problem for banks, because financial institutions that serve marijuana businesses can be federally prosecuted for money laundering or financing criminal activity.

“Banks must have a reliable mechanism to distinguish federally legal hemp from federally illegal marijuana with extreme confidence,” the American Bankers Association told the U.S. Senate Agriculture, Nutrition and Forestry Committee in a July statement.

The varying rules mean it’s possible for hemp grown legally in one state to be classified as illegal marijuana if it were sold in another. A USDA spokesman told Stateline the agency has submitted a draft rule to the Office of Management and Budget and expects to have regulations in effect for the 2020 planting season.

And while states require THC testing before harvest, they don’t necessarily track whether hemp products hitting store shelves are, indeed, made from hemp. In Oregon, where both hemp and marijuana are legal, hemp products can be sold by marijuana dispensaries or mixed into marijuana products to up their cannabinoid content.

Adding another layer of uncertainty, U.S. Food and Drug Administration officials have said many hemp CBD products are being marketed illegally and may be unsafe.

People are getting rich selling hemp CBD as a healthy extract people can eat, dot under their tongues, or mix into creams and rub on sore muscles. Yet the FDA has said CBD can’t be sold as a dietary supplement, because the agency has approved a cannabidiol-based drug and drugs can’t be added to the food supply.

FDA leaders have said they’re open to creating a path for CBD to be legally marketed but have yet to announce new regulations. “We’re looking to report on our progress by early fall,” agency spokesman Michael Felberbaum said in an email to Stateline.

All this legal confusion makes banks and credit unions nervous. “Financial institutions are always wary of serving a business that could be running afoul of the law somehow,” said Rachel Pross, chief risk officer for Maps Credit Union in Salem, Oregon.

“As a financial institution, we are legally obligated under the Bank Secrecy Act to report any activity that is suspicious in nature,” she said. “If you don’t have a lot of clarity around what the requirements are, it’s hard to monitor the account.”

Maps Credit Union, which is known for serving marijuana clients, has approved 54 hemp accounts. Bank staff closely monitor the accounts, just as they would any other accounts judged to be high-risk, Pross said.

Banks are eager to be a part of the burgeoning hemp industry, according to hemp industry attorneys. Trade groups that represent the banking industry have backed the Safe Banking Act, arguing that it will make it easier to serve cannabis clients.

“They want in,” said Joey Fuson, an attorney with Hemp Law Group in Nashville. “They want those CBD stores that have $20,000 to $30,000 a month running through their account. They just say they don’t have any regulations to follow, and they don’t want to be the ones to forge the path.”

‘The Demand Is Insane’

For now, many hemp farmers are caught in the middle: growing and selling a crop that’s technically legal, but not quite legal enough to satisfy banks.

It took Bob and Joe Sudderth, father and son first-time hemp growers in Gallatin, Tennessee, four banks before one was willing to set up an account. Bankers were turned off by their business name, Station Camp Hemp Farms, they said, but they wanted to keep hemp in the title.

In early September, weeks prior to harvest, Joe walked between rows of hemp crops checking the health of each plant. Bob Sudderth surveyed his acre of hemp for CBD — a $7,000 investment. “Hemp is our big gamble,” Joe said.

Some entrepreneurs are trying to tackle the payment processing problem. “The demand is insane. There’s thousands of businesses that need help,” said Brian Meyer, a co-founder and vice president of business development at Solvent. Solvent, a company founded earlier this year, is developing underwriting and compliance tools that can help banks serve CBD businesses.

And growers and hemp oil manufacturers are scraping by. Merryfield has devised a payment processing workaround by partnering with Direct CBD, an online distributor of CBD products that can take credit card payments. But she’s frustrated by the regulatory delays, which she says would help encourage fair business practices.

Without federal regulations and banking services, the work of the Tennessee legislature and state lobbyists to develop the hemp industry will be a waste, she said.

“I think we’re all groping around in the dark hoping something will solve these problems,” Merryfield said. “The farm bill, well, that protects the farmers, but without manufacturers, how are the farmers going to sell what they produce? We have to protect everyone in the supply chain.”

This article is from Stateline, an initiative of The Pew Charitable Trusts. 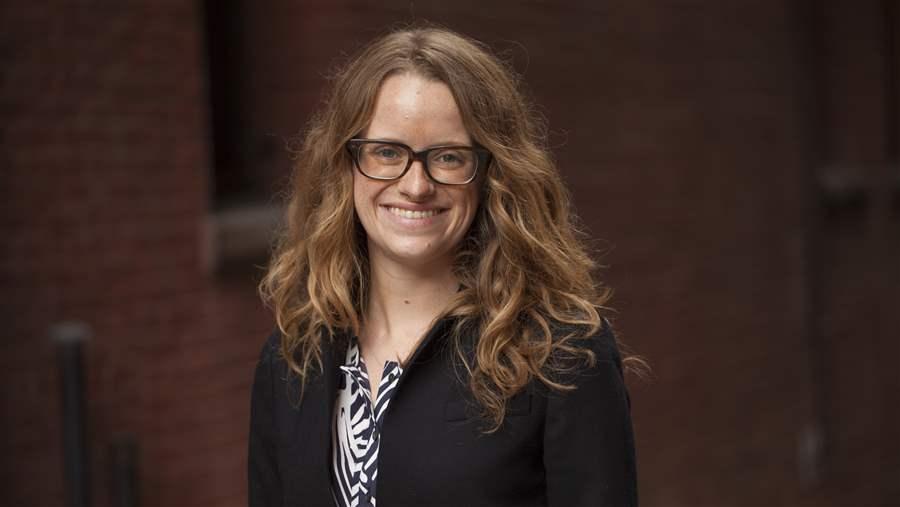