Hurricane Ian may result in one of the largest losses in the history of the National Flood Insurance Program and add to its current $20.5 billion debt.

According to a market segment report from AM Best, the projected range of Hurricane Ian losses of between $3.5 billion and $5.3 billion from the Federal Emergency Management Agency would potentially be below the program’s reinsurance attachment. But recent estimates from modeler CoreLogic are much higher – breaching and perhaps blowing through the reinsurance layer.

CoreLogic said flood losses from Ian, which made landfall in Florida on Sept. 28, could be between $8 billion and $18 billion. Hurricane Katrina in 2005 caused $16.1 billion in losses to the NFIP, the most ever (see chart). The NFIP had to borrow $17 billion to pay claims related to Katrina and hurricane Rita and Wilma, which also struck in 2005. 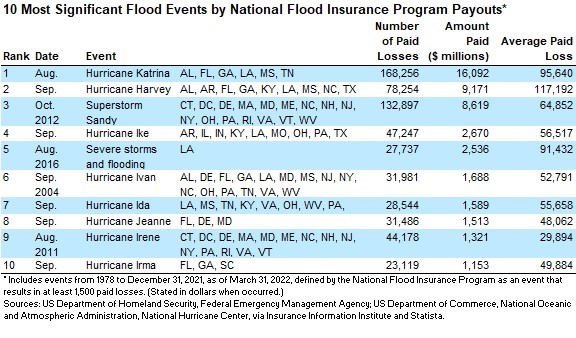 Hurricane Nicole, which also struck Florida after Ian, will result in additional losses. 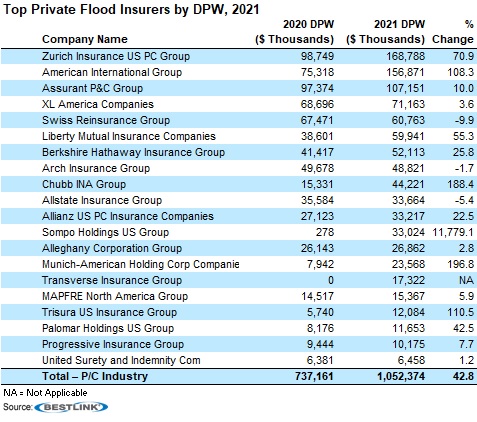 Last year 88% of Florida homeowners with flood insurance saw an increase in NFIP premiums and many will see additional rate increases in 2022 and 2023, “likely driving even more homeowners into the private flood insurance market,” AM Best said.

“The full effect of Risk Rating 2.0 has not yet been reached,” the insurance industry rating agency said. “Premium increases are capped at 18% a year on single family primary residences. Based on the limitations on incremental rate increases, the flood premium for many homes will not reach their full actuarially sound rate for another four years.”