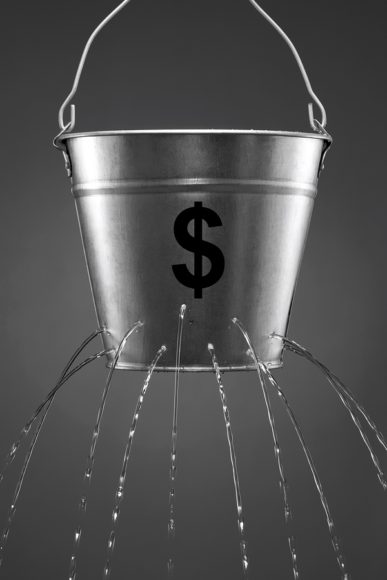 Florida’s ongoing battle with assignment of benefits (AOB) claims abuse was not a new topic in 2017, but it was certainly one of the hottest ones for Southeast readers.

From threats of insurer ratings downgrades caused by the escalation in litigated water loss claims accompanied by an AOB, to the push for legislative reform to the state’s one-way attorney fee statute that the industry says has fueled the statewide abuse, there was no shortage of stories on the topic this year.

“The [AOB) situation in Florida is unlike any other in the United States,” Ohio-based Demotech, which rates more than 50 Florida insurers, said in February. It announced at the time it had changed its ratings criteria for insurers in Florida because of what it called an uncertain operating environment in the state.

The ratings agency also announced several insurers could see ratings downgrades if they did not beef up their reserves for future claims.

However, after a number of insurers heeded Demotech’s warning, the company announced in March it would hold off on large-scale ratings downgrades. The company said the Florida carriers it rates added $355 million in additional reserves and policyholder surplus to strengthen their standing and avoid a ratings downgrade.

The industry prodded and pleaded with the Florida Legislature during the 2017 legislative session to enact meaningful AOB reform. Most in the industry backed a bill that would have closed a loophole in the state’s one-way attorney fee statute that is blamed for encouraging the abuse among trial lawyers and unscrupulous contractors or water remediation firms. But the bill failed to get a hearing in the Florida Senate.

Another bill that chipped away at incentives for third parties to sue insurance companies was passed by the Florida House of Representatives, but it wasn’t enough in the end as Florida lawmakers failed to enact reforms for the fifth year in a row.

Once it was clear legislative reform was not in the cards this year, insurers and Florida regulators began taking other steps to combat abuse.

“We will continue to see homeowners’ insurance companies raise their rates for our consumers in a best-case scenario, and in a worst case scenario just simply stop offering their products in certain regions of the state,” Insurance Commissioner David Altmaier told the Florida Cabinet in June.

The industry was on high alert for AOB abuse in the aftermath of Hurricane Irma. Florida regulators, carriers, industry trade groups and lawmakers all echoed the same advice to policyholders: contact your agent or insurer and file claims, and avoid signing anything that gives away your insurance policy rights.

“We’re working to protect Floridians from AOB scams, and the more Floridians know and are informed, the better we can protect them,” said Florida Chamber of Commerce’s Vice President of Public Affairs Edie Ousley.

With the 2018 Florida legislative session set to begin on Jan. 9, the industry has again placed any hope of AOB reform on the shoulders of Florida lawmakers. Whether lawmakers respond is yet to be seen, but the industry is not optimistic that the primary driver of the abuse – the one-way attorney fee statute – will see changes.

“The bottom line is attorney fees are the number one issue. Until we fight that attorney fee battle, the process in place will just continue to be taken advantage of,” said Logan McFaddin regional manager for the Property Casualty Insurers Association of America (PCI).