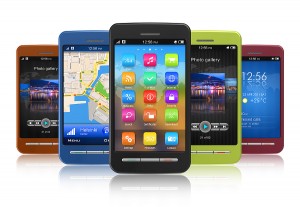 Be careful if you ask Michael Jans, president of Bend, Ore.-based Agency Revolution, about marketing. He may throw the Yellow Pages at you.

Jans isn’t a temperamental thug, he’s just passionate about talking about how much marketing in the insurance industry has changed—from when agents took out an annual advertisement in the local phone directory to a fast-moving, social-media-savvy world where things change about as often as some people can Tweet, add a LinkedIn contact and update their Facebook walls.

He calls this age we are in “the second wave of digital marketing.”

Jans spoke recently on this topic at the Insurance Industry Roundtable run by the WIAA Education & Research Foundation in Irvine, Calif.
and in an interview with Insurance Journal.

He added, “As long as you were a decent networker, that was a good way to generate leads. Now, we’ve got mega competitors that are spending hundreds of millions of dollars, over a billion dollars between GEICO, Progressive Direct on the personalized side, trying to take our customers away from us.”

The Internet has transformed industries like video sellers and book sellers and the travel agent industry. “Now it’s affecting us,” Jans said.

Today’s customer understands the value of doing research on the Internet before buying, something they started doing 10 years ago, and “unfortunately, this industry if far, far behind,” Jans added.

He described this Internet effect as the “first wave” of transformation in marketing planning and technology.

During the first wave, web search engine giant Google yielded searches for large companies, and advertisers, at the top of results, giving small, local companies a low search rankings that were often several pages down.

But the most recent Google algorithm updates—the latest wave of changes to Google’s algorithm are called Panda—now tend to reward local, Jans noted.

And what tools would those be?

For a hint of Jans’ second wave, think “mobile.”

Jans noted the difference between the intent of internet search on a desktop or laptop versus a mobile device.

Research shows that people across all generations are increasingly using mobile phones to surf the internet, and do research—business owners, and personal lines customers included, according to Jans, who cited recent JDPower research showing the majority of new personal lines applications were initiated online, and that online customer acquisition is rising.

The importance of online research is even more pronounced on the commercial line side, according to Jans, who stated: “What we know to be true is that the business owner actually does more research, delves more deeply into their insurance policies online then the personal lines customers.”

And there’s a bonus to those agencies that do bone up on digital technology and make the investments to reach their customers this way: Knowing if this time and money spent is paying off is much easier in today’s world of Internet analytics.

“That’s the beauty of digital marketing, the beauty of the Internet. It can deliver to you analytics on virtually everything that matters. It can measure the number of quote requests you got,” Jans said.

However, not everyone gets either the first, or second wave, according to Jans, who continued to draw on his phone directory example.

“We’re finding that the agent that’s entrepreneurial gets it,” Jans said. “We’re finding that the agent that longs for the 1990s is either resistant or they are hiding their head in the sand. But the fact of the matter is that everybody who is awake right now realizes that the consumer, all consumers, they’re on the Internet. They’re researching on the Internet. They’re initiating policy requests on the Internet. And unfortunately, as an industry, we are not just not caught up on the first wave or the second wave, we’re way back almost in the Yellow Pages era, and we have to wake up and we have to do it quickly.”

For the full report on the WIAA Insurance Industry Roundtable, click here.

As the Market Turns, What Is the Broker’s Role

How Insurance Distribution is Changing

How California Agent Started His Agency