Hedegaard was doing business as Westport &Associates Insurance Services Inc. when he allegedly issued 14 fraudulent bonds to contractors and collected $111,365 in insurance premiums, which he failed to send to the insurance company he transacted bonds for and instead used for personal expenses.

Between 2009 and 2010, while working in Concord, Hedegaard issued multiple unauthorized surety payment and performance bonds to two contractors, according to investigators.

He allegedly continued to collect premiums on the bonds even after Insurance Company of the West terminated his appointment to transact its bonds in August of 2010. 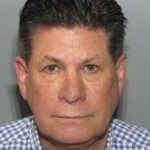 Payment and performance bonds are surety bonds issued by insurance companies to protect owners of construction projects against contractor failure and to ensure suppliers and subcontractors are paid for work performed.

ICW evidently became aware of the fraudulent bonds when an insured asked for a return of premium as they completed a construction job under contract.

ICW reportedly notified California Department of Insurance investigators when they discovered surety bonds were issued for multiple construction contracts without its approval and the insureds were paying premiums that ICW never received. ICW backed all of the fraudulently issued bonds and the contractors suffered no losses.

CDI has begun the process of suspending Hedegaard’s insurance license and is asking anyone that may have done business with Hedegaard or Westport & Associates Insurance Services Inc. to contact the consumer hotline at (800) 927-4357.