A new study on California’s workers’ compensation system finds a “strong association” between attorney involvement and the high cost of cumulative trauma claims.

The study finds a strong association between attorney involvement and regional variation in the Los Angeles Basin and the high cost of CT claims.

Cumulative traumas are physical or mental injuries that arise over time from repetitive stress, motion, or exposures, rather than from a specific event or accident.

California’s Workers’ Compensation Insurance Rating Bureau earlier this year reported that CT claims as a percentage of California workers’ comp lost time cases had more than doubled over the past decade, climbing to about 18 percent of all indemnity cases in 2015. 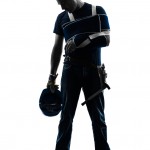 Because CT claims have become a significant cost driver in the system, CWCI initiated a study to gain a better understanding of where these claims come from, identify characteristics and factors contributing to the rapid growth in CT claims and to compare average medical and indemnity benefits for CT and non-CT claims.

Authors of the study used data from its Industry Research Information System database on 41,000 CT claims and 608,000 non-CT claims that received California workers’ comp benefits between 2005 and 2013.

They compared the claim characteristics of CT claims to those of non-CT claims, including the workers’ average age, gender, earnings, and job tenure.

Also studied was: the mix of claims by employer premium, industry and region; the type and nature of injury; notification lag times; level of attorney involvement; presence of indemnity payments; presence of a compensability dispute; and whether or not the injured worker had filed any additional claims.

The study found that CT cases:

Workers claiming CT injuries were 10 times more likely to have claimed other injuries against the same employer, according to the study.

Nearly 56 percent of all CT claims in the study population were filed in the Los Angeles County/Inland Empire/Orange County region compared with 36.5 percent of non-CT claims, the study shows.

Limiting the analysis to lost-time cases, the study noted that 91 percent of the CT claims involved an attorney, which was twice the attorney involvement rate for non-CT claims. And while CT claims appeared to have higher medical costs than non-CT claims, that difference disappeared when attorney involvement and region were factored into the equation.

This result confirms a strong association between the higher costs of CT claims in the study sample and the high levels of attorney involvement and the regional variation in the L.A. Basin, the study’s authors note.