Uber Technologies Inc. failed to persuade a judge to approve a settlement offering 1.6 million California drivers an average of $1.08 each to dispense with alleged labor-code violations that their lawyer earlier claimed might have been worth billions of dollars.

The judge said there’s merit to objections that the $7.75 million accord — most of which would go to state coffers, administrative costs and lawyer fees — shortchanges drivers who sued seeking the protections and benefits of employees. Nelson also said the settlement provides too broad a release of liability for Uber from labor-code claims.

“I need some analysis why it is fair and adequate,” she said during a hearing Friday.

While the judge left open the possibility she’ll approve the settlement once more information is submitted, her ruling marks another setback for Uber in its effort to dispose of a potent legal threat to its business model. Uber still faces a class-action case by California drivers in San Francisco after a federal judge in August rejected a $100 million settlement as inadequate. A critical appeals court hearing over the size and scope of that case is scheduled for June.

It’s already been a tough year for the San Francisco-based startup, valued at $69 billion. Uber is facing calls from customers to #DeleteUber, reports of a toxic corporate culture, sexual harassment allegations, criticism from investors over the company’s response and the abrupt departure of a new senior executive over an undisclosed harassment claim from his previous job at Google. 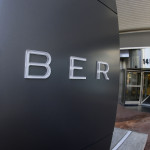 The company is also contending with Alphabet Inc.’s high-profile lawsuit accusing it of copying technology for self-driving cars. Uber’s chief executive officer said this month he’s seeking ” leadership help” in the form of a chief operating officer after his verbal altercation with a driver was caught on video.

The Los Angeles case was brought under a California law that gives employees the right to step into the shoes of the state labor secretary to bring enforcement actions. Under the 2004 Private Attorneys General Act, or PAGA, the state keeps 75 percent of any penalties won. The remaining 25 percent is a reward for the workers who bring the case. Thousands of so-called bounty hunter lawsuits have been filed in the past 12 years.

The drivers’ lawyers who negotiated the settlement, Christopher Morosoff and Douglas Caiafa, touted it as the largest known PAGA settlement in history. Uber said it was a fair compromise in light of the “high likelihood” the company would win a trial over the claims if they aren’t settled.

But lawyers suing Uber in other cases objected in court filings, saying it’s a travesty for the drivers.

“In a troubling political climate when the role of all branches of government are being undermined,” lawyers who bring claims in the shoes of state officials “have a duty to push back against businesses looking to exploit consumers,” attorney Mark Geragos said in a filing. He called the settlement “shameful and embarrassing.”

In last year’s rejection of the San Francisco settlement, a judge concluded that the $1 million allotted to resolve PAGA allegations was insufficient because it amounted to just 0.1 percent of claims that state officials valued at $1 billion.

Nelson cited that finding in her ruling, adding that the settlement amount in the Los Angeles case is a only slightly higher recovery: 0.77 percent.

The judge said she needs an explanation of how the settlement’s provision for dismissal of class-action claims in the lawsuit, which are separate from the the PAGA claims, affects potential claims by Uber drivers.

“I don’t know if you’ve been flooded with calls from drivers asking ‘What about me?'” Nelson told Morosoff. She gave the lawyers two weeks to file more written arguments and scheduled another hearing for May 2.