The former owner of Pacific Hospital in Long Beach was sentenced to federal prison on Friday for running a $600 million workers compensation fraud scheme.

Earlier this week, he was ordered to forfeit $10 million to the government and to liquidate assets that include real estate along with a 1965 Aston Martin, a 1958 Porsche and a 1971 Mercedes Benz.

Prosecutors said that for at least 15 years, Drobot paid more than $40 million to dozens of doctors, chiropractors and other medical professionals in return for referring thousands of patients to his hospital for spinal surgeries. 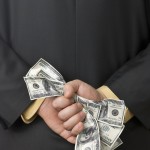 Some of the patients lived hundreds of miles from the hospital.

Drobot filed some $600 million in bills for the surgeries with state and federal workers compensation insurance systems. The bills included the cost of medical hardware implanted into patients that were sold by Drobot’s own company.

A former state senator, Ronald Calderon, is serving a federal prison sentence for accepting bribes, including some from Drobot in exchange for making efforts to preserve the law.

Drobot pleaded guilty in 2014 to conspiracy and paying illegal kickbacks.

Seven other people, including Drobot’s son Michael, also have pleaded guilty in connection with the scheme and await sentencing.