PG&E Corp. tentatively lost a bid to inoculate itself from a finding of liability in a 2015 fire, a court decision that deals the company a potentially more serious setback in its strategy to shield itself from deeper losses in the wine country blazes last year.

California Superior Court Judge Allen Sumner in Sacramento rejected the utility’s request to set aside his earlier finding related to the Butte Fire. That ruling found PG&E liable for damages under the law allowing private property owners to hold utilities 100 percent responsible for any losses caused by their equipment or power lines even if they didn’t act negligently.

If successful, PG&E would stand a better chance of recovering its losses by passing on rate increases to customers. Analysts have estimated that blazes that broke out last year alone could cost PG&E more than $15 billion in claims. The company has lost billions of dollars in market value on speculation that it’ll be on the hook for the expenses.

At a hearing Thursday, lawyers for the utility sought permission from Sumner to immediately appeal his tentative ruling, but he was reluctant to let them. 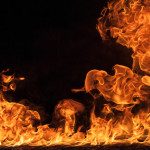 “I am going to eventually adopt the tentative as it was put out,” he said.

In the ruling, the judge cited previous appeals court decisions, concluding that “privately owned public utilities can be liable under the doctrine of inverse condemnation.”

Whether PG&E should be liable under inverse condemnation for damages caused by the Butte Fire is a question for the legislature to resolve, Sumner wrote in his ruling. Whether PG&E is liable under legal precedents is “a question of law this court must decide.”

“We continue to believe that inverse condemnation, as applied to a privately owned utility, is flawed legal doctrine,” Keith Stephens, a spokesman for PG&E, said in an emailed statement.

PG&E argued Sumner’s earlier ruling, in June 2017, was based on its failure to show any evidence that the state’s utility regulator, the California Public Utilities Commission, precludes it from passing on any inverse condemnation liability through rate increases.

Unlike municipal utilities, privately owned ones like Pacific Gas & Electric and Southern California Edison can’t just pass on the costs from such calamities to their ratepayers.

Instead, they have to go to the CPUC to prove their facilities were managed and operated prudently and reasonably in order to get permission for a rate increase.

In November, the CPUC denied such a request by Sempra Energy’s San Diego Gas & Electric to cover hundreds of millions of dollars it paid in settlements from wildfires that raged through Southern California in 2007, saying the utility acted imprudently. It was the first time a utility had asked the state’s regulator to raise rates for uninsured losses from increasingly frequent and destructive wildfires.

“The CPUC’s newly declared policy is exactly the evidence that did not exist at the time, and that the court found lacking in its previous decision,” PG&E has argued.

Under a bill that’s advancing in California’s legislature, PG&E and Edison International could gain at least some protection against future wildfire damages.

The amended bill being weighed by California’s Senate would shield utilities that follow approved safety plans in future state proceedings should one of their power lines spark a wildfire. Utilities would remain vulnerable to potential civil lawsuits, and the legislation wouldn’t be retroactive — meaning PG&E and Edison could still face billions of dollars in costs from wildfires that destroyed thousands of structures last year.

“We believe that PG&E and Edison are likely to get some form of long-term relief from the courts, California legislature or regulatory agencies regarding the ability to pass-through some liabilities to consumers, which should help to alleviate investor concerns about future wildfire liability,” Thomas Claps, an analyst at Susquehanna Financial Group, wrote in a note Thursday.