Last month’s record rains destroyed or did major damage to 115 homes on Kauai and Oahu islands, the state of Hawaii said Wednesday as it sought a disaster declaration from the president.

The cost of emergency work and damage to public property was pegged at more than $19.7 million, excluding repairs to a Kauai highway which was hit by 12 landslides. Repairs to the highway are estimated to cost $35 million.

Gov. David Ige says the roadbed was eroded, meaning significant work will be required to shore up the road’s foundation.

“We’re committed to restoring access for that community,” Ige told reporters at a news conference. 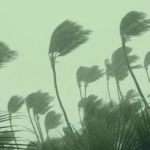 Crews have been working to clear and fix the road so residents will be able to get in and out. So far, only one lane is open and only emergency vehicles are being allowed on it.

The highway isn’t expected to reopen to normal vehicle traffic until July or early August, according to Ige’s disaster declaration request.

The damage estimates don’t include the cost of removing green waste from Kauai beaches and debris from county roads on Oahu.

It also doesn’t include money spent by the state Department of Education to open a school for Haena and Wainiha children prevented from commuting to their usual classrooms. Ige said the satellite school will be open through the end of the school year.

A gauge in Waipa on Kauai’s north shore recorded nearly 50 inches of rain over a 24-hour period. If certified, the rain would break the current record of 43 inches hit in Texas in 1979.