A new law banning the use of cellphones while driving went into effect in a Phoenix suburb this month, making it the latest city to attempt regulation rather than wait for a state effort.

For the first month, Surprise police will let people off with just a warning, Sgt. Tim Klarkowski said. After that, motorists will be fined $250 for the first violation. Using a cellphone while steering a vehicle is also considered a primary offense. As a result, motorists can be pulled over even if they are not violating another law. 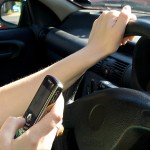 City leaders were cautious when enacting the outright ban, fearing that it could make the city a target of the state Legislature, which has been enacting local pre-emption laws on many subjects. But Surprise Mayor Sharon Wolcott said the Arizona League of Cities and Towns believed the law could be imposed.

“We wanted to make darn certain it wasn’t an issue of pre-emption,” Wolcott said.

Lawmakers have gone back and forth on cellphone bans in cars for more than a decade. Earlier this year, legislation banning drivers’ cellphone usage was shot down gained approval in the Senate but died in the House.

The lack of a state law has led to a mishmash of different ordinances across jurisdictions. Tucson, Sedona and Oro Valley currently prohibit handheld cellphone use while behind the wheel. Meanwhile, Phoenix, Flagstaff and Fountain Hills only prohibit texting while driving.

Critics, such as state Rep. Steve Farley, of Tucson, say a state law is necessary because ordinances that vary city to city aren’t fair to drivers.

It’s also hard to strictly enforce a cellphone ban in a place often filled with tourists who may not know local law, said Sedona Police Chief David McGill. Sedona police officers issued 39 citations as of June. Whereas in Tucson, officers handed out more than 1,200 from March to mid-June.

Farley said he doubts the Legislature would prevent cities from establishing their own regulations on cellphones in cars. Legislators tend to pre-emptively stop measures tied to ideological disagreements like plastic bags and guns.

Even the telecom industry is behind the ban, Farley said.

“They have come along over time because they don’t want to be the next cigarette industry,” he said.