Estimating that the high-net-worth (HNW) personal lines market has more than $30 billion worth of business up for grabs, and the small commercial lines market, another $80 billion, Chubb Limited CEO Evan Greenberg sees room for competitors.

During an earnings conference this month, Greenberg was asked about a recent move by W.R. Berkley Corp. to hire some former Chubb executives to start up a new HNW operation. While neither Greenberg nor the analyst asking the question referred to Berkley by name, Greenberg basically told the new competitor to have at it.

“The market needs choice,” he said, referring to the fact that the merger of ACE Limited and Chubb Corp. on Jan. 14 brought together three of the biggest players in the HNW. (ACE had previously acquired Fireman’s Fund’s HNW business.)

“To anybody entering the space, it is a good business,” he said, noting that to do it right “takes a lot of patience, a lot of capital, and good luck.

“And by the way, we’ll put the welcome mat out for you,” Greenberg said, after describing the years of investment and attention a startup would need to rise to the “gold standard of the business” that Chubb’s HNW represents. “You don’t build something like this overnight,” he said, referencing Chubb’s risk and engineering services, claims services and rich coverage offerings “all over the globe.”

“I’ll tell you what. That’s not an easy lift. And you win these customers one by one,” he said, noting that average premiums for individual customers can range from as low as $5,000 “to a couple of hundred thousand.”

But Greenberg understands the attraction. Even though the HNW market is roughly $8 or $10 billion today, “the market that we imagine” is somewhere in the $30-$40 billion range. Some individuals that belong in the HNW market – “who have a lifestyle and assets to protect” with richer coverages and services – are insured in standard lines companies right now. “The long-term play is to attract them and serve them in the high-net-worth market,” he said.

Separately, last month, W. Robert Berkley, Jr., CEO of W.R Berkley explained his company’s foray into the market this way: “Ultimately, our view is that this piece of the personal lines space is no different than much of our strategic plan – that is to focus on specialty products” where knowledge and expertise are differentiators, with a customer base that is willing to pay for services and expertise.

“It’s going to take some time for us to get the critical mass where we’re able to be as efficient as some others,” Berkley said, declining to provide a lot of details into the strategy.

At Chubb, which is making a push to expand its presence in the small commercial lines market, Greenberg was similarly reticent to give details of that strategy. 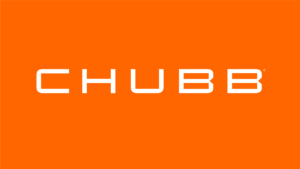 “I’m hardly going to stick a roadmap out there” about what Chubb is building and planning, he said. “But we have all the parts and ingredients. We have the sticks to rub together and make fire. And we have the distribution, we have the data and the know-how.” Adding ingredients like insight and increased resources that Chubb is focusing on the effort – and “the roadmap for technology,” Greenberg said simply, “We’re coming” to this market.

ACE and Chubb together already have “a nascent small commercial business [that is] very modest in size, and specialty-oriented,” he noted. “Those efforts continue… But that’s not the main event for us,” he said. “This is an $80 billion marketplace, and we intend over the next number of years to grow to be a meaningful player,” he said, conceding that, like an HNW building effort, it takes time to ramp up services and product for the small commercial market, and gain insights into pricing. Because average premiums are small and transaction volume is high, “you’ve got to win over and wire up the distribution,” he added.

Berkley spent some time on his company’s earnings call last month discussing market dislocations – restructuring and M&A activity at other companies – that are benefiting his company in the war for talent.

On the Chubb call, an analyst asked Greenberg instead about the opportunity to gain market share from dislocations at a time when some large global commercial insurers are focused on restructuring – a reference most likely to efforts at American International Group and Zurich to rework their businesses.

“It’s a double-edged sword,” Greenberg replied, agreeing with the analyst that customers and brokers would seek stable capacity. But at the same time, “when there’s a wounded animal loose, [you must] be careful. Stay out of the way,” he warned. “Don’t try to corner it.”

Greenberg and other Chubb executives reported after tax operating income of just over $1 billion, net income of $439 million, a 90 combined ratio, and a 1 percent decline in net premiums for the first quarter (in a comparison to premiums for Chubb and ACE together in first-quarter 2015, in constant dollars – without the impact of foreign exchange factored in).

Throughout the call, Greenberg stressed that the executive team focuses on growth in book value not revenue growth, but he also explained that premium declines in some areas – particularly in terms of writing new business – were attributable both to market conditions and a focus on merger integration activities which is gradually becoming less of an issue.

During his opening remarks, Greenberg said that when the merger was planned, executives contemplated shedding and shrinking net premiums in some lines in 2016 and 2017 “simply because we cannot earn adequate underwriting returns or because we want to reduce net cat-related exposures.”

He noted that the pricing environment generally “continues to grow incrementally more competitive, particularly in shorter tail lines,” although casualty pricing also is not keeping pace with loss cost trends. There are variations by size of account and distribution channel, he suggested. Large account shared-and-layered business is more competitive than mid-sized, and wholesale is more competitive than retail business, he said.

“I will never get baited into revenue growth” where profit hurdles can’t be met, he said later. “When my guys feel bad because they have to shed business to maintain margin, I suck it up and cheerlead it because it’s the right thing to do.”

Addressing a specific question about lower levels of new business in North America for large accounts, Greenberg reviewed the market and merger impacts, noting that the new business level actually declined about 30 percent in the quarter, with the greatest impact coming in January.

January is always a competitive month, Greenberg said, suggesting that other insurers have “some growth objectives that they want to achieve” in January, April and June/July periods.

Specific to Chubb, there was a great deal of focus on merger integration in the fourth quarter of last year. January and February new business writings are impacted by work that underwriters do in November and December, but some of that activity fell off, he said. “There were [some] 11th-hour jitters of people as we come up to close and everybody is focused on [questions like], ‘Who am I working for?’ and ‘What is my job?'”

“And then the integration itself… just takes time – and it’s some time away from working on new business,” he said.

‘To anybody entering the space, it is a good business.’

But that’s behind Chubb now, he suggested. “There haven’t been a lot of surprises. Everybody’s known what to do, and it’s gone very smoothly….People spent a lot of time getting to know each other,” and getting to know about new capabilities and products of colleagues on the other side of the merger. We could really begin to feel that start to take hold in February, move into March, and as it moves into April it just keeps on building,” he said.

During his opening remarks, Greenberg referred specifically to an increase in the expected level of integration-related expense savings from the merger – now projected at an annualized run rate of roughly $750 million by 2018, compared with an original estimate of $650 million – and about cultural integration. The cultural integration “is going well,” he said.

“You don’t just wave a wand and put two strong cultures together. It takes time. It’s a process that you pay attention to, that you care about and that you lead,” he said.

“While there are some differences between our two cultures, they are not profound. We are far more alike than different,” he continued. “As we focus on day-to-day business activities, we are breeding familiarity and knitting ourselves together at every level of the company,” he said.

At various times throughout the call, Greenberg also addressed the warm reception that the new Chubb is getting from customers and from agents and brokers.

“We were really popular kids on campus,” he said, reporting on the reaction during the recent Risk and Insurance Management Society (RIMS) annual meeting.

He also noted that the “continuity” of employees working with agents and brokers at local and regional office levels has been “confidence-building and much valued” by the distributors.