A can of worms has been opened, the horse is out of the barn and the industry is gazing into Pandora’s Box.

There is no shortage of idioms for workers’ compensation experts who are concerned over a decision last week from the New Mexico Court of Appeals, which found that medical marijuana qualifies as treatment for injured workers.

Pierce is among the insurance experts who see this decision opening up a host of conflicting possibilities and leading down a path that may irrevocably change the workers’ comp landscape and workplaces around the country should other states follow the New Mexico decision. 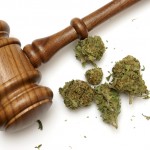 Pierce’s quip was to echo her concerns that the decision has implications for injured workers being treated with medical marijuana who want to return to their jobs with an employer who has drug use policies in conflict with that treatment.

“If this had been an injured worker who could go back to work, what does that do to the employer’s drug policies,” Pierce said. “I think that’s still an unanswered question.”

If the injured worker’s job is to drive heavy equipment, or work on construction sites that require a high degree of caution, that question becomes more pertinent, she said.

“I don’t think we’ve really seen all the implications yet,” she added.

In the appeal, the insured worker’s attorneys made arguments concerning the interrelationship of the state’s Workers’ Compensation Act, which requires an employer to provide a worker “reasonable and necessary health care services from a health care provider,” and the Compassionate Use Act, the state’s law legalizing medical use of marijuana, that are similar to those the court decided in Vialpando v. Ben’s Automotive Services.

In Vialpando the court determined that medical marijuana treatment approved under the Compassionate Use Act was reasonable and necessary medical care that qualifies for reimbursement under the Workers’ Compensation Act.

However in this latest case, the workers’ comp judge didn’t find it to be reasonable and necessary medical care, and that medical marijuana wasn’t actually prescribed in the case.

According to court records, Miguel Maez suffered two compensable injuries to his lumbar during his employment with Riley Industrial on Feb. 14, 2011 and March 4, 2011.

Riley Industrial was insured by Chartis, which is owned by American International Group Inc. An AIG spokesman said the company has no comment on the matter.

Maez was entitled to payment of temporary disability until the date of maximum medical improvement and permanent partial disability based on a 7 percent whole body impairment for the balance of the 500-week benefit period, and he was entitled to ongoing reasonable and necessary medical care, according to court documents.

His authorized healthcare provider was Dr. Anthony Reeve, who testified by deposition that his diagnosis of Maez included chronic back pain and that he treated him with medication for pain management.

Over the course of the worker’s treatment, Reeve testified he had injected Maez with Toradol and had prescribed Soma, Ultram, Sprix, Percocet, Lortab (oxycodone), and hydrocodone for pain.

During one test required for pain management patients, Maez tested positive for marijuana.

Reeve later saw Maez for a medical marijuana evaluation. In his medical report, Reeve stated that Maez has had spinal injections and chronic pain management and that he “has failed traditional pain management and is a candidate for the cannabis program.”

During his disposition Reeve was asked if he believed medical marijuana was an appropriate treatment for a herniated disk.

His response was: “Well, I think I need to be really clear on this issue. What happens is patients are going to use the cannabis [marijuana] either one way or the other. He already tested positive for it. And so I explain to patients, ‘If you’re going to use cannabis, you should probably have a license for it because people will suspect you of using it ultimately, and you can always pass a pre-employment screen or other tests if you have a license for it.’ And if patients request that I sign it, I will sign for them, but I’m not recommending or distributing or in any way advocating for the use of medical cannabis.”

Attorneys for Maez argued that the judge had erred in this conclusion because Maez had proven that medical marijuana was reasonable and necessary medical care, particularly based on the evidence that the doctor’s treatment plan for the worker included medical marijuana, and the healthcare provider and another doctor had certified the worker’s use of medical marijuana as required by the state’s Compassionate Use Act.

The court of appeals ruled there is not substantial evidence supporting the judge’s conclusion that medical marijuana was not reasonable and necessary medical care for the injured worker.

In Vialpando the court noted that the certification required under the Compassionate Use Act by a person licensed in New Mexico to prescribe and administer controlled substances is the functional equivalent of a prescription.

“We thus agree with Worker that the fact that Dr. Reeve did not provide Worker a prescription as defined in the regulations does not support the WCJ’s conclusion that medical marijuana was not reasonable and necessary medical care for Worker,” the court stated in its decision.

“He would not have done so if it were an unreasonable medical treatment,” the court stated. “The evidence does not support a conclusion that Dr. Reeve did not believe medical marijuana to be a reasonable treatment for Worker.”

Not all workers’ comp experts believe the New Mexico court ruling is the beginning of something bigger.

Mark Walls, vice president of communications and strategic analysis for Safety National Casualty Corp., a St. Louis, Mo.-based provider of excess workers’ compensation and large casualty insurance offerings, thinks the buck stops at the federal level with a lack of approval of marijuana by the Food and Drug Administration.

Since marijuana is illegal under federal law, insurers and employers cannot legally pay for it without running afoul with federal law, Walls noted.

“That is why these medical marijuana clinics are a cash only industry,” he said. “They cannot access the banks because of those same federal laws.”

Marijuana Insurance Industry: How High Can It Go?

How Personal Lines Insurance Sector Will Fare in 2022

Cash Found in Condo Collapse to Be Distributed; Trial Could Start in Summer