Workers in California’s Central Valley have a distinctly different workers’ compensation claims experience than those in other regions in terms of notification and treatment lag times, mix of injuries, types of care, types of drugs used, levels of attorney involvement, incidence of permanent disability, average claim duration and average benefits paid.

That’s according to the new California Workers’ Compensation Institute’s regional scorecard, which provides data on claims filed by injured workers living in California’s Central Valley farm belt, stretching through 18 counties from Kern in the south to Butte and Glenn in the north.

The scorecard analyzed nearly 344,000 Central Valley claims for 2005 to 2015 injuries that resulted in more than $4.4 billion in medical and indemnity payments. During the 11-year study period, the Central Valley accounted for 18 percent of California work injury claims and 15 percent of total workers’ comp benefit payments, the scorecard shows. 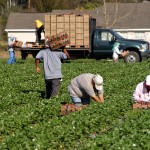 Agriculture clearly played a huge role in the area’s workers’ comp claims experience, representing 17.5 percent of all claims in the study, which was four times the proportion noted for the rest of the state.

As in the rest of California, strains were the top “nature of injury” category for Central Valley claims, though the proportion of claims involving back strains and sprains or cumulative injuries was slightly less than in other regions as specific injuries such as fractures, foreign bodies in the eye, and punctures were more common, according to the scorecard.

With the different mix of injuries and a different workforce, average first-year medical payments on Central Valley claims were relatively high compared to the rest of the state, but relatively low as the claims developed, suggesting that in many claims the workers were treated and returned to work quickly, according to the study.

Across all claim types, the average claim duration in the Central Valley was 325 days, or 2-1/2 months less than in other parts of California. That result is consistent with several other findings quantified by the scorecard, including significantly shorter notification and treatment time lags, fewer claims with permanent disability payments, lower levels of attorney involvement, fewer claims with lien payments, and a higher claim closure rates at two years post injury.