The volume of workers’ compensation independent medical reviews in California appears to be tapering off, a new study shows.

The IMR process was established by California lawmakers to resolve medical disputes.

A study from the California Workers’ Compensation Institute shows that after increasing steadily since 2013, the IMR volume appears to be leveling off. The study also shows that in the first half of the year more than 91 percent of all utilization review physicians’ modifications or denials of treatment that were reviewed by an IMR physician were upheld.

California law requires workers’ comp claims administrators to have a UR program to assure that care provided to injured workers is backed by clinical evidence outlined in medical guidelines adopted by the state. 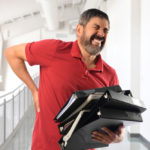 Use of IMR grew sharply following passage of the law in 2013. However, the CWCI study tallied 86,066 IMR decision letters issued in the first half of this year in response to applications submitted to the state after a UR physician modified or denied a medical service request.

At that rate, the volume of IMR letters in 2017 will decline 2.2 percent from the 2016 level, while the number of individual treatment requests decided in those letters will be down 0.6 percent – the first time IMR volume has not increased since the process took effect in 2013.

“CWCI’s analysis of the 2017 IMR decisions found that after reviewing the patient’s records and other information provided to support the request, IMR physicians upheld the UR doctor’s modification or denial of the service 91.3% of the time, which was virtually identical to the 91.2% uphold rate in 2016,” a CWCI release states.

As in prior years, pharmaceutical requests accounted for nearly half of the 2017 IMR decisions, led by opioids, which represented 28.8 percent of all 2017 prescription drug IMRs, even though IMR doctors have consistently upheld the UR decision in 90 percent of the opioid requests, according to the study.

Requests for physical therapy; injections, durable medical equipment; and MRIs, CTs and PET scans together comprised another 29 percent of the 2017 IMRs, the study shows.

The report can be purchased from the CWCI store.