A climate activist group is calling out a handful of European insurers for having significant holdings in fossil fuels despite pledges by the companies to be more climate friendly.

A report released today alleges that Allianz, Generali, Munich Re, Swiss Re and Zurich continue to hold at least $361 million of assets collectively in companies that are planning to develop 97,000 megawatts of new coal power plants.

Unfriend Coal, a coalition of climate activists, put out a sort of “put your money where your mouth is” report examining the climate and coal policies of the insurers ahead of half-year media reports due this month from Allianz (Aug. 4), Swiss Re (Aug. 4), Munich Re (Aug. 9) and Zurich (Aug. 10).

The release of the report is timed to put the information in the hands of financial journalists and analysts just ahead of when the carriers are reaching out to the media and public to talk about their financial results for the first half of the year, according to one of the authors of the report.

“Coal investments and climate risk have financial implications for insurers,” said Peter Bosshard, coordinator of the Unfriend Coal coalition and director of the finance program for the Sunrise Project. The Sunrise Project is an Australian group that’s part of the coalition, which includes Friends of the Earth France, Greenpeace Switzerland, Re:Common (Italy) and Urgewald (Germany).

The report is part of a broad movement on myriad fronts to get the financial industry away from coal and fossil fuel investments.

The G20s Financial Stability Board last year issued recommendations for companies to disclose how they manage risks to their business from climate change and greenhouse gas emission cuts. 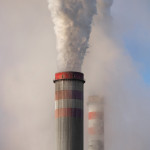 There are also efforts in the U.S. to get insurers to disclose their investments in coal from some state regulators, who say that coal and fossil fuels are at risk of being stranded due to regulatory trends and falling prices for alternative fuels. However, those efforts haven’t gone unchallenged.

Only investments in expanding coal concerns were examined because investing in this expansion undermines the goal of the Paris agreement, which is to curtail greenhouse gases and reduce reliance on dirty fuels, he said.

The $361 million in assets held by Allianz, Generali, Munich Re, Swiss Re and Zurich in companies that are planning to capacity are in 20 countries, including China, India, Indonesia, Vietnam and Poland.

“If completed these projects would make it impossible for the world to achieve the goals of the Paris Agreement,” Unfriend Coal states in its report.

On its face, the report appears goes counter to the popular notion that European insurers are ahead of their counterparts when it comes to divesting in fossil fuels and environmentally conscious investing.

Others who have compiled reports on investments in fossil fuels have lauded European insurers for being more progressive on climate change than their U.S. counterparts. And unlike many European insurers, the U.S. PC industry mostly reacted with silence to President Donald Trump’s decision to withdraw the country from the Paris climate change accord.

Bosshard said the report shouldn’t be taken as an indication that European insurers are falling behind.

“We see the European insurers as leaders in this field,” Bosshard said. “They have taken action, we recognize that. But their effort is not yet consistent. There are a lot of gaps and contradictions.”

Ceres, a sustainability advocate that also produces reports on climate change and the insurance industry, applauded the authors of the report and encouraged further assessments that take into account both energy transition and physical impact risk of climate change.

“Many of the world’s largest insurers remain potentially highly exposed to climate change risk, and its negative effects on companies’ assets and liabilities,” said Cynthia McHale, director of the Ceres insurance program. “Scenario analysis can be particularly helpful to companies when assessing climate change, as outcomes are highly uncertain and they will play out over a long period of time.”

Many of the insurers being called out not only have significant investments in coal, but they continue to underwrite new coal power plants, according to the report.

The group couldn’t offer specific underwriting data to expand on its allegations.

The report also calls out Zurich and Generali for taking little to no action to distance themselves from coal.

“Zurich so far hasn’t taken any active policy on coal,” said Bosshard, who believes the carrier could divest easily since it has so little of its overall investment in coal.

Zurich’s coal holdings make up less than 0.5 percent of its total bond portfolio, according to the report.

However small the percentage, the total of Zurich holdings in coal appear to be large. The company currently holds bonds of at least $164.7 million in coal companies, and its portfolio includes major exposure to coal mining and power companies with a bad environmental track record like Duke Energy, Glencore and BHP Billiton, according to the report.

A spokeswoman from Zurich offered the following emailed statement when asked for a comment for this article:

“Zurich’s exposure to coal is very limited both on the insurance business and investment sides. With regard to fossil fuels and the energy sector in general, we continue to act responsibly in both our investments and insurance for this sector. Rather than systematically exclude certain assets or business sectors, it is better to engage with customers to understand their business and operations, and work together to ensure responsible and sustainable business practices are in place.”

The spokeswoman also noted that Zurich has nearly $2 billion invested in green bonds to date. In addition to its green bond investing practices, the carrier has also been called out for other environmentally friendly measures it has taken. That includes its new 783,800-square-foot corporate campus in a Chicago suburb, which has garnered high recognition for its environmental design and building sustainability.

Spokespersons for Munich Re, Swiss Re, Generali and Allianz were all reached out to for comment. Those queries were not immediately returned.

Allianz was a main focus of the report for continuing to manage large coal assets for third parties through its investment funds, making Allianz is the most active investor in the expansion of global coal capacity, according to authors of the report.

The report shows that Allianz is holding $241 million in equity and bonds of coal companies that are still expanding.

Bosshard acknowledged that Allianz has taken big steps to divest from coal, but he said the company still has large investments funds at play in the coal sector.

“They take pride in having divested their own resources, but they’re really offering a platform to keep this industry alive,” he said.

Swiss Re is another company that has taken great strides to rid itself of coal investments, but the company continues to invest in tar sands in Canada and in pipelines like Keystone, TransMountain and Dakota Access, according to the report.

Unfriend Coal is evidently not done with pressing the insurance industry to be more environmentally friendly.

The group is currently working on a scorecard on investing in and underwriting fossil fuels that will rank 25 of the world’s leading insurers, which it plans to publish in November, according to Bosshard.